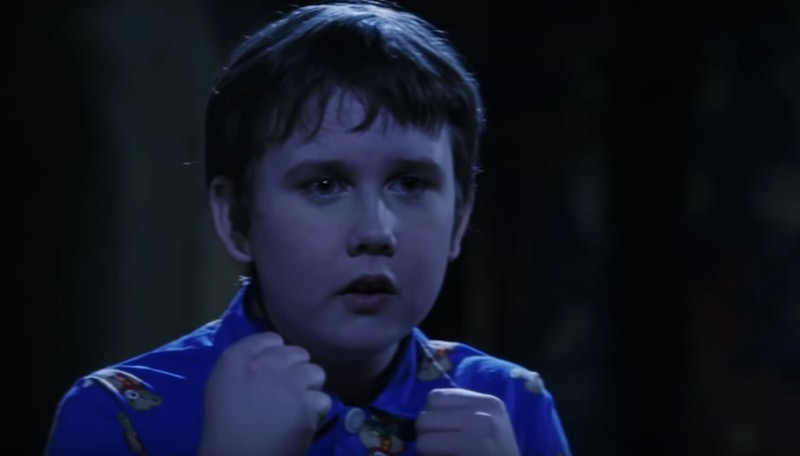 It's always interesting to see what our favourite stars of the Harry Potter franchise are getting up nowadays, mainly because the cast of the fantasy films grew up before our very eyes. However, one star of the popular film series, who portrayed the loveable character of Neville Longbottom, isn't exactly having the best of weeks, as Harry Potter actor Matthew Lewis lost his wallet in London on Monday. After discovering his wallet had indeed gone missing, the 29-year-old took to social media to make a public plea for it's return.

Update: Lewis took to Twitter on Friday 25 January to announce that his wallet was returned. His tweet read: "Wow. You guys are dope. Really humbled by this response. That got more pick up than any of my Brexit material. And guess what I have? My wallet! I did not expect that to happen. I owe you all a debt of gratitude and can’t thank you all enough. You’re amazing. This is a good day."

Earlier: As reported by the Radio Times, Lewis' desire to retrieve his stolen wallet runs much deeper than you might expect. Speaking on Twitter, the actor said "Yo, if you stole my wallet in East London yesterday or even if you just found it: it’s yours, keep it, have the money, the cards, the lot," and continued to explain the sentimental reason as to why his wallet is so important. He added "But the note from my wife engraved on a piece of metal, if you can post that to the address on the driving licence I’d call it evens. Please?" Shortly after posting on social media, the actor was met with an abundance of supportive messages, and the tweet has already amounted over 7,000 retweets and nearly 24,000 likes. One devoted fan decided to quote the Harry Potter character, Luna Lovegood, in an optimistic reply that read "'Things we lose have a way of coming back to us in the end, if not always in the way we expect' — Luna Lovegood. I hope you get it back soon!"

Lewis is married to the American-based lifestyle blogger, Angela Jones, and according to the Daily Mail, the pair first met back in January 2016 at a Wizarding World event at Universal Studios in Orlando, where Jones was working at the time. The former Potter star proposed to his wife in November 2016, and the engagement came after a whirlwind romance — and just four months after the finalisation of Jones' divorce from her first husband.

At the time, a spokesman for the couple confirmed news of the engagement to MailOnline. He said: "They're both over the moon. They got together in July and hit it off straight away." And after eventually tying the knot, Lewis announced his marriage through a jovial social media post. It read: "Not only did I miss Arctic Monkeys in LA but they were performing in Italy at the same time we were there and my wife made me get married instead. Fuming."

The young actor has previously opened up about the attention he received from fans after changing up his fitness regime. Speaking to Attitude magazine, Lewis revealed "I was 21, I was like 'yeah, this’ll be cool!' It was never meant to be a 'hey everyone, look at me!'. And then obviously a lot of attention focused on it, which I didn’t expect at all. I’ve never considered myself to be good-looking at all. Just average." The guy we all know as Neville Longbottom appears to be living his best life nowadays, and I seriously hope his missing wallet turns up at some point. Fingers crossed.