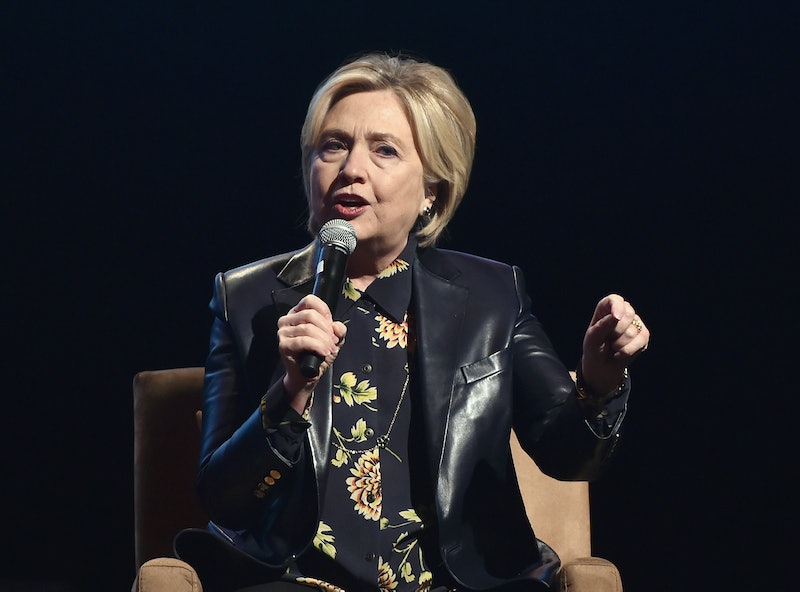 During Donald Trump's State of the Union, his former political rival published a Facebook post that got a lot of people's attention. Hillary Clinton addressed not firing faith adviser, Burns Stride, after he was accused of sexual misconduct during her 2008 campaign for president.

The story first surfaced in New York Times report published on Jan. 26 and written by Maggie Haberman and Amy Chozick. The Times claimed that Clinton's 2008 presidential campaign manager had advised that she oust an employee accused of sexually harassing a younger female employee. Ironically, the faith adviser sent Clinton scripture readings each day, according to the Times.

The law firm that represented that campaign got in touch with the Times and provided them with a statement in defense of Clinton's actions.

To ensure a safe working environment, the campaign had a process to address complaints of misconduct or harassment. When matters arose, they were reviewed in accordance with these policies, and appropriate action was taken. This complaint was no exception.

Years after 2008 Clinton's campaign ended, Stride went on to work for a Clinton-supporting super PAC called Correct the Record. Yet again, the man was accused of sexual harassment. But this time, he was fired.

Right off the bat, Clinton makes it clear in her Facebook post that, if she could, she would have done things differently. She asks herself and the audience,

Would he have done better – been better – if I had fired him? Would he have gotten that next job? There is no way I can go back 10 years and know the answers. But you can bet I’m asking myself these questions right now.

She explained that, at the time, she didn't think firing Stride would have necessarily taught him a lesson. She also didn't think it was fair to not give him a second chance. However, that doesn't mean she let him off the hook completely. She details how exactly she dealt with the situation by cutting his pay, separating him from the woman he allegedly harassed, and ensuring he can't email her anymore.

In the end, I decided to demote him, docking his pay; separate him from the woman; assign her to work directly for my then-deputy-campaign manager; put in place technical barriers to his emailing her; and require that he seek counseling. He would also be warned that any subsequent harassment of any kind toward anyone would result in immediate termination.

In the comments section, several Facebook users wondered why, exactly, Clinton had to defend herself for a decision made nearly a decade ago, while the president of the United States has been accused of sexual misconduct by over a dozen women (he's denied all of the allegations). Despite the accusations, he's still in office.

And others, still, pointed out that no one, including Clinton, is perfect. In other words, though she failed to fire an accused sexual harasser, she doesn't have a record of continuously failing to do so. Everyone, one user points out, makes mistakes. And it's refreshing that she's apologizing. "Thank you," one user noted. "This is what thoughtfulness and humility and leadership and respect look like."

There were others who simply commended Clinton for clearly laying out her thoughts in a logical and respectful manner. Clearly, they've had enough of Trump's tweets.

Ultimately, whether or not you agree with Clinton's decision back in 2008 to give a sexual harasser another chance is not the only point here. Clinton's post is a reminder that everyone needs to be having more of these conversations, no matter how uncomfortable these topics are to confront. Admitting you were wrong is a strength, as is learning from mistakes. And in order to change society's attitude towards sexual harassment, both are vital.