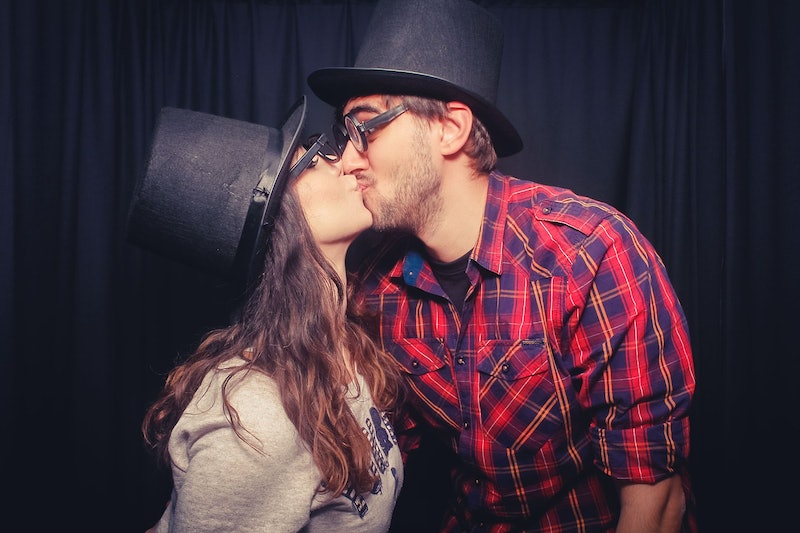 "Some retrogrades, like Mercury, get a bad rap because they’re rumored to hamper certain aspects of our lives like communication and travel," Kate Rose wrote on Elephant Journal. "Jupiter Retrograde, on the other hand, is like lifting a veil from what we’re normally scared to see — and in balance-oriented Libra, it’s going to give us insight into our deepest relationships."

Deciphering all of the nuances of the recent 2017 retrogrades can be challenging. And, at times, you might feel like a puppet whose strings are being pulled by the cosmos. The struggle is real, but in the end the decisions about what to do with the information you collect during these retrograde periods is up to you.

It's Time To Uncover What You Really Want & Need

"Usually it’s not a lack of love, but a lack of vision that hampers our progress in romantic relationships," Rose wrote on Elephant Journal. "Luckily for all of us, Jupiter, the planet of expansion and big ideas, will be supporting us in all that we hold most dear."

Perhaps your relationship is going fine. Nothing is wrong per se, but deep down you know you want more than you're getting from your current romantic partnership. During Jupiter Retrograde this will become more apparent, and that might be uncomfortable.

"Things may not make sense; we may want to hit the brakes, put the blinders back on or even bury our heads in the sand — and we just may make that choice," Rose noted. "But it won’t be for long. We’re going to feel more action-packed than gun shy, more interested in truth than hiding or avoiding."

And, because Jupiter Retrograde is in Libra, the sign that is forever seeking balance, if your love life is off kilter it's likely going to gnaw at you until you pay attention.

According to Cassandra Joan Butler on astrology website Cosmic Intelligence Agency, "The sabian symbol for the Jupiter Retrograde at 23 degrees of Libra is the 'third wing on the left side of a butterfly.’ An extra wing on the delicate butterfly may look intriguing and even beautiful, but the lopsided appendage would handicap flight. This degree suggests imbalance, the unusual, and yes handicaps."

"The problem is that too much 'yes,' like an overblown butterfly wing, may actually hamper our process."

Once you've evaluated your closest relationships, and identified areas you'd like to change, the hard part begins. "The opposition of Jupiter in Libra to Uranus in Aries begs the question; how can I relate with another who is so very different from me?" Butler asked on Cosmic Intelligence Agency. "How can we find a middle ground of balance within our relationships? How can I get my needs met while at the same time attend to my significant other in a meaningful and intimate way?"

These are some of life's biggest questions, and unfortunately there are no easy answers. How many people have stayed in a less-than-fulfilling relationship because staying is sometimes easier than leaving and starting over? Guilty right here. I even got married because that seemed easier than the alternative at the time. The hard lesson I learned is that taking the "easy way out" almost always makes things much more difficult in the long run.

The good news is that Jupiter Retrograde is a time of evaluation versus action, and this means you don't have to make any big moves right now. Instead you're simply gathering information for a later date.

"Relationships which are not built upon the context of equality will be most vulnerable to change and even dissolution," Butler wrote. "The retrograde period signals a time of reflection upon the role of relationships; not necessarily a time of action."

Additionally, you may also feel nostalgic for past relationships. While it's true that sometimes reuniting with a past love is the best thing ever (hello, The Notebook anyone?), in many cases things (and people) often look more attractive when we no longer have them.

"Another effect of the retrograde is the feeling of 'time tripping backwards'; a sense of nostalgia for the people and relationships that are no longer in our lives," Butler noted.

The bottom line for your love life during Jupiter Retrograde seems to be that there is no gray area. Rose concluded, "We’ll either realize our relationship is on life support — or we’ll become acutely aware that we’ve found our person."

What you decide to do with this realization is up to you.