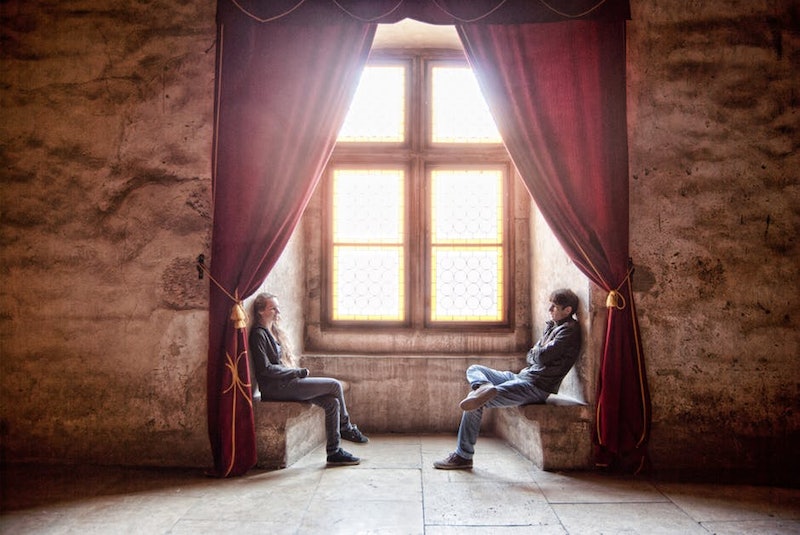 People talk a lot about how we can accidentally self sabotage a relationship, but we talk a lot less is said about why we do it. Well, a new study from Nir Halevy, organizational behavior professor of Stanford Graduate School of Business in the Journal of Personality and Social Psychology, found one reason we may lash out in relationships— and it's not what you think.

While normally lashing out is either a product of being upset with our relationship or displacing anger from something else onto our partner, the study found that feelings of hopelessness cause us to lash out at our partners.

The study had participants play a “defensive strike” in pairs, where they each had an 'attack' button. If neither of them pushed it, they both got $3 — the best scenario. But if one of them pushed it, they would get $2.50 while the attacked part would only get 50 cents. Pretty harsh. It got even harsher when those administering the study messed with participants' emotions during the game. They found that participants who felt hopeful only attacked 31 percent of the time, but those who felt fear attacked almost half the time — even though attacking was to their detriment. So feeling hopeless can make us lash out — even if it will have an adverse affect on us.

“The fascinating thing about hope, which was noted by the philosopher Baruch Spinoza, is that it coexists with fear. If there’s nothing to fear, there’s little reason to feel hope,” Halevy said in an interview. “If we can find ways to increase hope, maybe we can decrease defensive aggression."

It shows how important it is to keep the hope alive in your relationship. “I think there is a lot that partners can do to instill hope in one another about the future,” Halevy continued. “We sometimes forget to do those things, to say we’re a team, we’re committed, we have a shared vision for the future. Instilling hope can go a long way toward reducing preemptive strikes.” And can stop one of you from saying something you'll both regret.