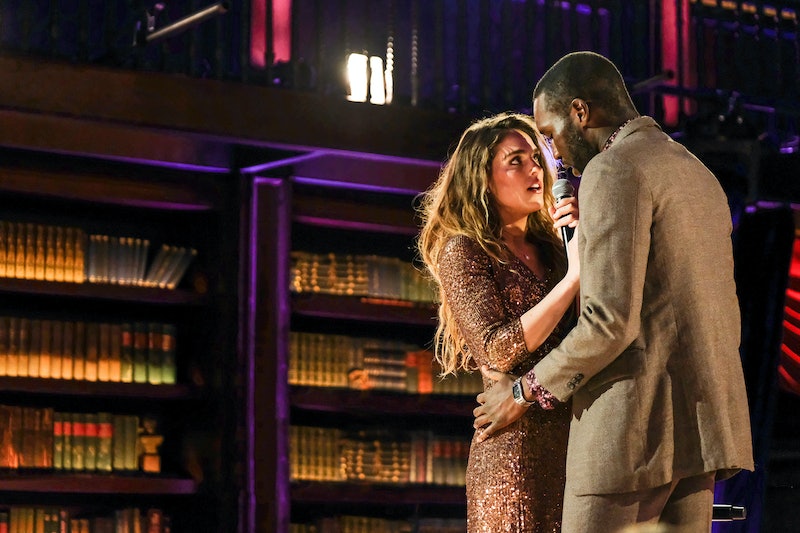 Mere minutes after it was revealed Bri and Chris won The Bachelor Presents: Listen to Your Heart, Bri took to Twitter to reveal some surprising news: you can also stream their album right now. The record is simply titled Chris and Bri and includes 10 tracks; it's available on both Spotify and iTunes. "I am SO excited to start our musical journey with you. Thank you so much to everyone who has supported us through the past 6 weeks. AND GUESS WHAT?!??" Bri tweeted. "It’s here it's here it's here!"

Once you've given that a listen (or several), you can also check out Chris and Bri's solo catalogues. Bri's music is available on her website, as well as Spotify, Apple Music, YouTube Music, and Tidal, among other platforms. She doesn't have a full album out yet, but her latest singles "Say Goodbye" and "Hummingbird" were released in 2019, the latter of which also has a music video.

Chris, on the other hand, released his debut studio album, Time Changes in January. Since then, he's released two more singles, "Booty" and "Call Me," plus a music video for the latter. And he has a plethora of other music that you can find on his website, including his 2015 EP, Part of a Man.

Between the two of them, there should be plenty of music to keep you occupied until they drop their next joint record. "It doesn't end here," Bri said on her Instagram Story the night of the finale. "I'm really excited for what's to come."