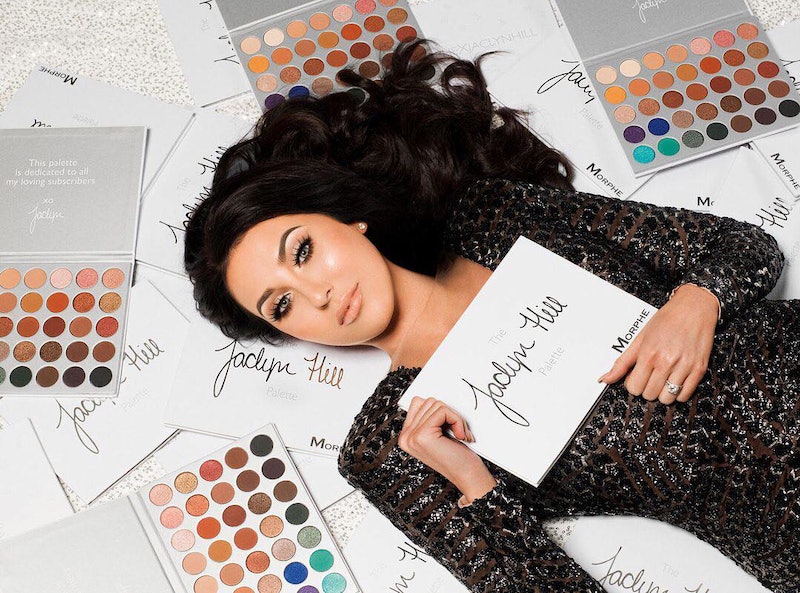 In the world of makeup, palettes reign supreme — at least that's what it seems like. Perhaps one of the most popular launches of 2017 embraced not just the palette trend, but also the beauty blogger x brand trend. The Jaclyn Hill x Morphe palette could just be the most popular collaborative launch this year, and with multiple consecutive sell-outs and multiple restocks in the works, the theory is becoming more and more plausible.

Hillsters had been anticipating a big collaboration from Hill for some time before the palette actually debuted. The beauty guru has been upfront about all of the sweat and tears that went into the collaboration explaining to fans that the collection of shadows was two years in the making. Clearly, her hard work paid off as the Aug. 22 restock is officially sold out.

What makes this restock special, though? According to Hill, the restock featured massive quantities of the palette. Unlike the launch and previous restocks, this one was designed to last for at least "two to three days" according to a Snapchat from Hill. In good news for she and Morphe, it didn't. The palette sold out in only a day and a half. Clearly, the pandemonium around the palette isn't dying down.

Of course, Hill isn't going to let down her fans who didn't get the palette. A restock is coming, and Morphe followed up and announced that it'll be sometime in September.

If you're concerned about another sell-out and no potential restock, don't be. Hill and Morphe have stated that they will continue to restock the palette until demand subsides. With an increase in palettes numbers and a sooner than anticipated sell-out, however, that doesn't semm to be happening.

If you didn't purchase the Morphe x Jaclyn Hill palette during this restock, don't fret. Another is coming in September, and based on how popular this collection of shadows is, it may never go away.