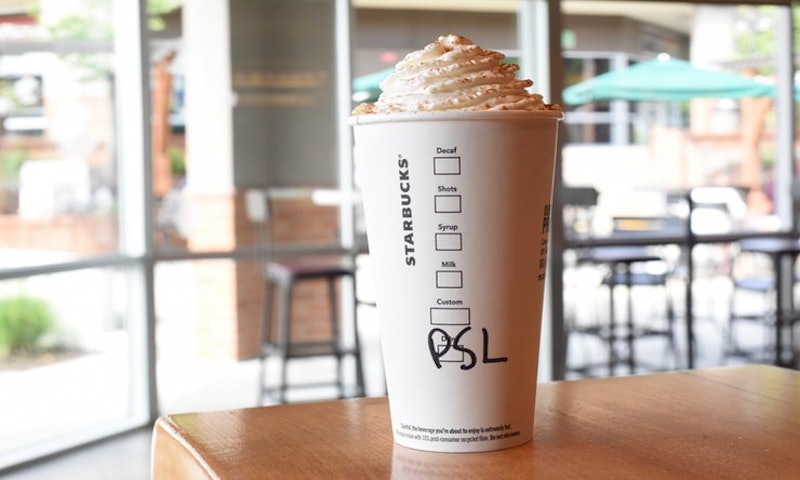 I don't know about you, but I absolutely love whipped cream. Whenever someone asks me if I want to add whipped cream to a drink, I say yes so fast I probably scare the barista. So, as fall approaches and I start to gear up to consume pumpkin-flavored everything, the only question on my mind is: Will Starbucks' Pumpkin Spiced whip be back this year? If you've tasted how good the Pumpkin Spiced whip is, then I bet that's what you're thinking too.

Unfortunately, Starbucks has yet to announce if the Pumpkin Spiced whip will be making a return this year. But, don't give up hope yet: As the Pumpkin Spice Latté's birthday falls on Oct. 10, the whipped cream wasn't announced until October last year. If Starbucks wants to keep up the birthday tie with the PSL's 14th birthday, then it would make sense for them to wait until then again.

As for me, I'll be eating as much regular whipped cream as I can get my hands on until Starbucks makes an announcement either way — because it is still really good.