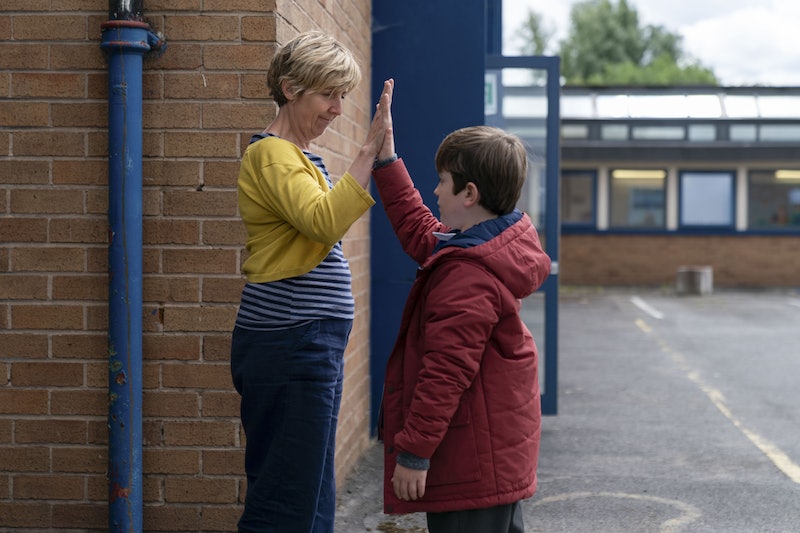 BBC drama The A Word explores the early diagnosis of a young boy with autism, Joe, and the impact it has on him and his family. Starring Lee Ingleby, Morven Christie, and Christopher Eccleston, the show is back for its third series on BBC One on Tuesday (May 5). But is The A Word based on a true story?

Adapted from the Israeli series Yellow Peppers, the British version doesn't stray too far from its original source material. The story is pretty familiar to its writer and creator Keren Margalit, as her son Michael was diagnosed with autism at 4 years old. "The battle to be normal is something that can drive you insane," she told the New York Times. "After my son was diagnosed, I started to look at life only through the prism of communication. So it made sense to take the problems that humans have with communication and apply them to this crazy, funny, weird family."

As journalist Simon Hattenstone wrote in the Guardian in 2016, The A Word is "about much more than autism." Hatterstone, whose daughter Maya has a "fairly obscure form of autism," explains how the show covers the full range of emotions and events that life throws at you, including "love, lust, family breakups, rivalries, ageing, [and] death," which is exactly what Margalit wanted to portray in Yellow Peppers and subsequently through Peter Bowker in The A Word.

"What's been wonderful is that people have written to me saying, 'That is my kid; that's my family'," Bowker expressed to the Telegraph. "Fundamentally, the bottom line is that you want to do right by those people who are living it."

"With the characters in The A Word, I've tried to show that autism is a spectrum," he added. "But I would also hope that it's seen as a drama about people just trying to understand."

More like this
Olivia Colman Stars In First-Look Trailer For BBC's 'Great Expectations'
By Sabah Hussain and Sam Ramsden
Everything To Know About The 'Daisy Jones & The Six' TV Series
By Maxine Harrison and Brad Witter
6 'Happy Valley' Easter Eggs You May Have Missed
By Sophie McEvoy
Claire Foy Spoke Out About 'The Crown's Gender Pay Gap
By Sam Ramsden
Get The Very Best Of Bustle/UK
Sign up for Bustle UK's twice-weekly newsletter, featuring the latest must-watch TV, moving personal stories, and expert advice on the hottest viral buys.