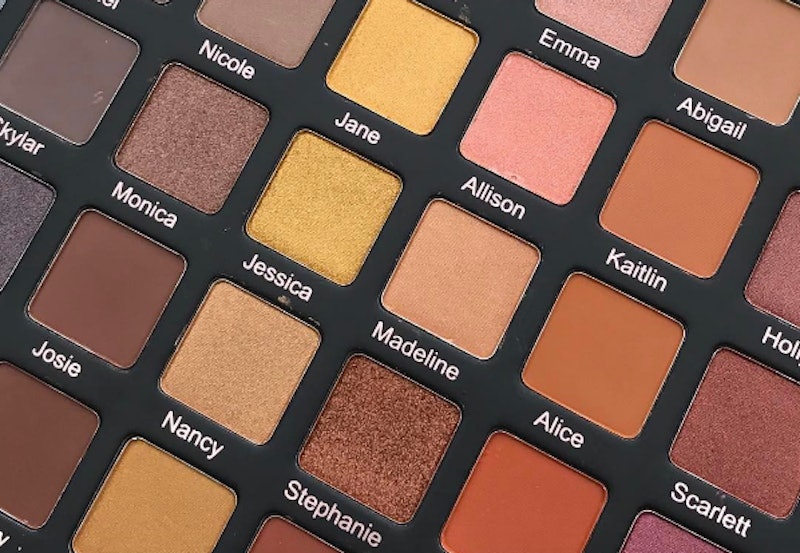 The moment makeup lovers have been waiting for is finally here. Violet Voss launched their Ride Or Die Palette early to give their fans a sneak peek and a great deal. Believe me when I say that this is one deal that you won't want to miss. You'll have to be quick though, because it won't be around for long. Is the Ride Or Die Palette Special Secret Launch sold out? Here's everything you need to know.

From just one look at Violet Voss' new shadow kit, it's clear to see that this is something special. The Ride Or Die Palette has 42 shades all split up by rows of color shades. There's everything from classic neutrals to pops of color. And I mean everything. It's incredible how much they packed into this palette.

Although this isn't the official launch, the brand decided to sell the new creation the weekend of Los Angeles IMATS. Unlike other brands, they also decided to open the palette launch to their fans online as well. As of Jan. 13 at 2 p.m. ET, there are plenty of Ride Or Die Palettes to go around. There is one catch though. They will only be available until Jan. 15. After that, the shadows go back into the vault and it's unclear when they will come back.

Another perk of buying during the IMATS weekend is that you'll save money on the palette as well. If you buy from Jan. 13 to the 15, the Ride Or Die shades will be $68. After that the price will go up $75. Neither of the prices are terrible, considering how much you get, but saving money is never a bad thing.

Technically, I guess you could consider this a really awesome pre-stock. According to the site, the first palettes will start shipping out on Jan. 19, so the pretty little palette can be in your hands very soon. I'd head over there right now before they sell out.

So what are you waiting for? Go get to shopping before it's too late!