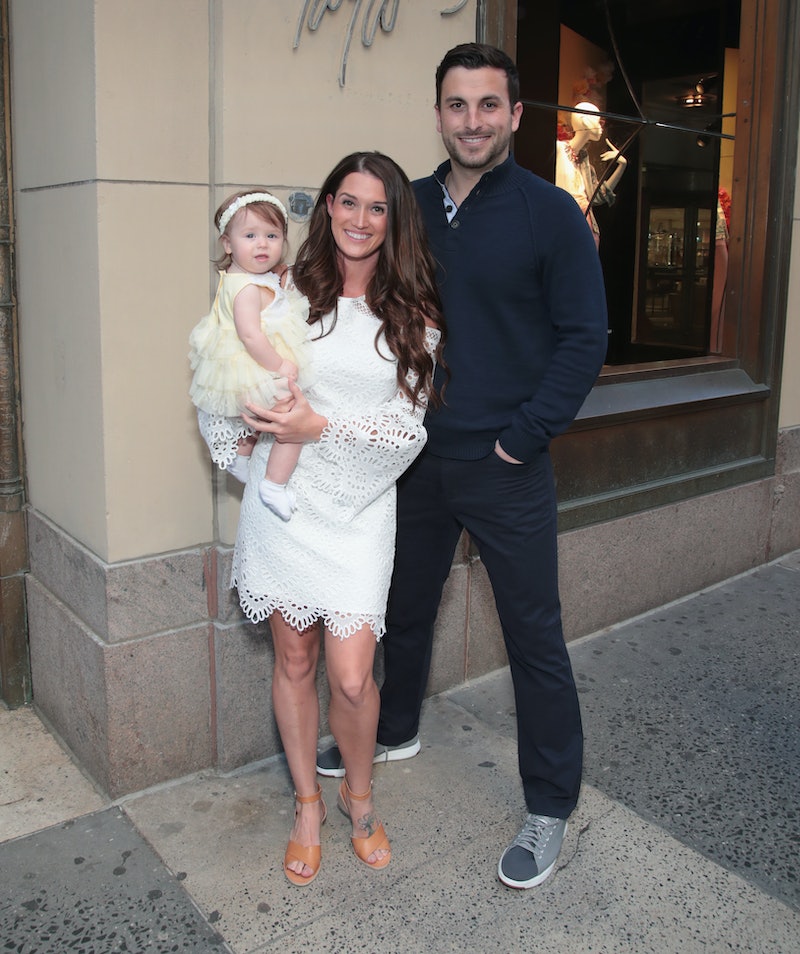 Before they know it, Jade and Tanner Tolbert will have a family of four. Their second child is due in August. In the meantime, the Bachelor Nation couple has been enjoying a trip in Hawaii with their daughter Emmy. Jade and Tanner’s new family vacation photos show they’re bonding and making the most of their time before their baby boy arrives.

Although Jade, Tanner, and even Emmy have made appearances on Bachelor in Paradise and other Bachelor shows throughout the years, it's just not enough Janner content. And that's why it's so great that they're all social media influencers, so fans can still follow their lives. Of course, the parents have shared vacation photos from their Instagram pages, but Emmy also posted pictures from the trip to her account (or at least her parents did on her behalf). Even her future little brother has an Instagram account, but he just hasn't shared any photos from Hawaii — yet.

Considering that Jade and Tanner met on a beach during Bachelor in Paradise Season 2, it just always feels so right to see the two of them anywhere near an ocean. Not only that, but seeing Emmy play in the sand is just so cute. These new Tolbert vacation photos definitely show Emmy truly in her element.

Even before actually landing in Hawaii, Emmy was ready for her vacation to start. She couldn't help looking out the window during the family's flight.

She Posed For Photos With Her Mom

Emmy and Jade were all smiles for some mother-daughter photos on the beach.

They Took A Group Shot

Along with this Tolbert family photo, Jade admitted, "We are soaking up lots of special time with this nugget as I’m almost halfway there to bringing baby boy into this world! Brings up varying emotions for me."

Tanner Carried Emmy Around On His Back

Emmy got to give her legs a rest and Tanner gave his arms a break when he carried her around on his back. Jade also shared, "Nothing sexier than a man with his child."

Tanner Carried Around Emmy On The Beach

Tanner joked about Emmy's contributions to his workout regimen when he captioned a photo, "Carrying a chunky baby = Legs and Back Day."

They Took A Family Selfie

Sure, a lot of people care about the scenery in Hawaii, but who cares about that when there's a cute family in front of it?

Emmy Sat Shotgun In A Truck

Emmy looked out the plane window before her trip began, but she also couldn't help checking out her surroundings when she hung out in the front seat of a red truck with her dad by her side.

Of Course, Emmy Enjoyed The Beach

By the time Emmy (hopefully) goes on Bachelor in Paradise, she will be fully acclimated to the beach life. She looked right at home in these photos from her Hawaiian vacation. If only she had some roses to hand out.

Emmy Even Met A Chicken

Hawaii wasn't all beaches. Emmy even met a chicken during her trip.

The Tolberts don't have a ton of time remaining as a family of three, but they are truly making the most of it and that includes their recent family vacation.