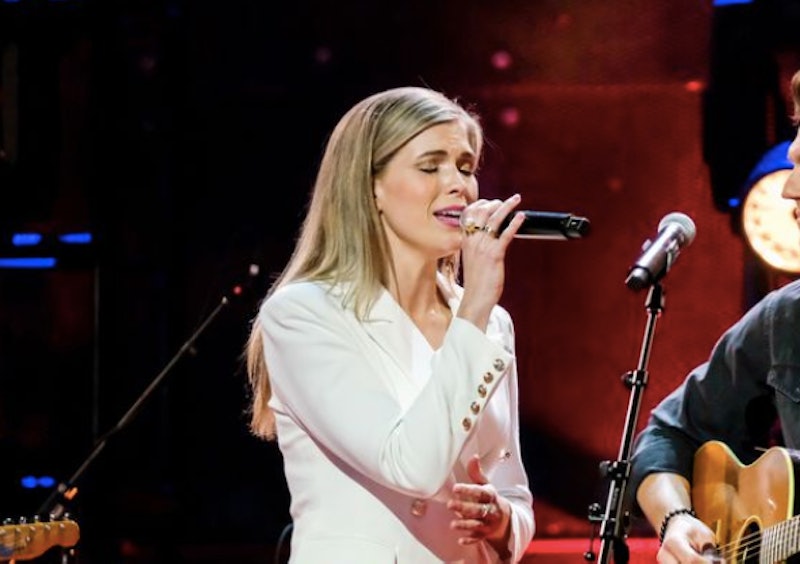 If you were cringing through Julia's behavior during the May 4 episode of The Bachelor Presents: Listen to Your Heart, you're not alone. Julia's tweets about the episode show that in retrospect, she, too, has a lot of regrets about the decisions she made on the show.

The pop singer made an initial connection with Sheridan, who confessed his feelings for her early on. But their relationship was muddled by Julia's confused feelings for Brandon, leading to an emotional love triangle. Sheridan was ready to commit to Julia, but she just couldn't resist exploring things with Brandon.

"I think I was very confused," Julia told Hollywood Life. "I felt I could have handled the situation way better, but I was leading with honesty because I didn't want to disrespect Sheridan, even when it was hard to tell him I was feeling something for Brandon.” Sheridan ended up going home when she told him how torn she was, and she and Brandon went on to perform Pat Benatar's "We Belong" to try and stay in the competition. Unfortunately, the judges didn't really see any chemistry between them, and they were both sent home, too.

Looking back, Julia can't help but see their disconnect on stage.

Julia has repeatedly admitted to "falling for the wrong guy," and has been laughing at herself along with fans.