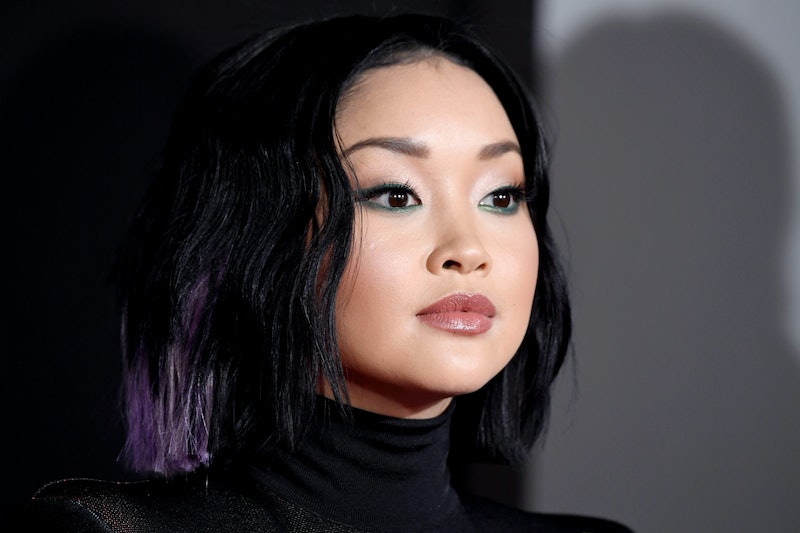 Actor Lana Condor recently opened up about dealing with an eating disorder and body dysmorphia in a new interview with Elle Canada. In the profile, the To All the Boys I’ve Loved Before star also addressed important topics like climate change and Asian representation in Hollywood. But once the subject shifted to speaking on the realities and pressures of existing as a woman in the world, as well as in the acting industry, Condor reflected on her own history with self-esteem and how she viewed her body. For the first time, Condor spoke candidly about having an eating disorder when she was younger, and how she worked on developing a more positive relationship with food.

The 21-year-old actor admitted to feeling a lot of pressure regarding her body size growing up due to her background as a classically trained ballerina and contemporary dancer. “I know what it’s like to have an eating disorder and body dysmorphia — and also what it’s like to be a friend to someone who has that,” Condor told Elle Canada. “I think it’s time to give people comfort. You have to eat. You have to stop thinking that a certain body shape is ideal, because it’s not.”

Body dysmorphic disorder is characterized by “persistent and intrusive preoccupations with an imagined or slight defect in one's appearance,” according to the Anxiety and Depression Association of America. It’s often accompanied by anxiety disorders, depression, obsessive-compulsive disorders, and eating disorders like anorexia and bulimia. In the U.S., the National Institute of Mental Health estimates that women are more than twice as likely to have an eating disorder than men. Condor is one of many stars who have opened up about dealing with an eating disorder in the past, including Lily Collins, Demi Lovato, and Zayn Malik.

Condor added that her relationship with eating and food is now much more positive than it was before. “That’s why I literally post about every meal I eat,” she said. A quick scroll through her Instagram shows the actor posing with everything from oysters to breakfast bagels and fish and chips.

Speaking generally on the pressures for women’s bodies to look a certain way and how that has influenced their opinions of themselves, Condor explained, “I look at my friends, and I’m like, ‘You’re fucking gorgeous.’ But they feel like they’re fat and ugly. I don’t know how this happened, that women feel like they need to apologize [for their physical imperfections].”

It's a sentiment echoed in a recent essay Taylor Swift penned for Elle, where she mentioned her own struggles with body image. "I learned to stop hating every ounce of fat on my body. I worked hard to retrain my brain that a little extra weight means curves, shinier hair, and more energy," wrote Swift. "I think a lot of us push the boundaries of dieting, but taking it too far can be really dangerous. There is no quick fix. I work on accepting my body every day."

Hopefully, more celebrities addressing the topic will help diminish some of the stigma and fear attached to talking openly about eating disorders and body image.

If you or someone you know has an eating disorder and needs help, you can call the National Eating Disorders Association helpline at 1-800-931-2237, text 741741, or chat online with a Helpline volunteer here.