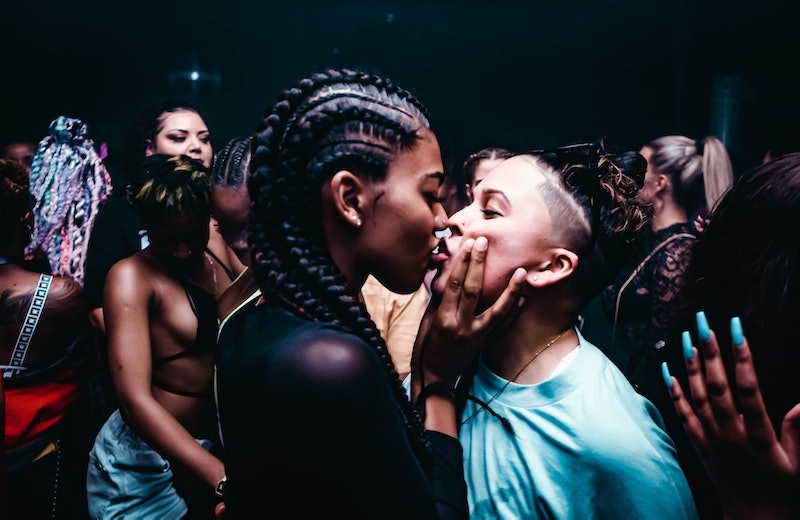 With an estimated 1.5 million people turning out onto the streets of London on July 6, Pride 2019 felt bigger and better than ever before. Seeing the LGBTQ community celebrated in all its diversity reminds you how far we’ve come. But what about the rest of the year? The reality is hate crime has risen, particularly against trans individuals, since 2017. Some women feel they can’t truly express themselves for fear of discrimination. However, there are reasons to hope. One being the fact that LICK is lauching London's first and only nightclub for queer women. The space is set to be a celebration of queer women by queer women and you’re going to want to check it out.

Teddy Edwardes founded LICK events nearly three years ago. Dissatisfied with the lack of nightlife where young queer women could go, meet friends, and hang out she started to hold events across London aimed at lesbian, bisexual, trans, and non-binary women and their allies, and to say it’s been a success would be a massive understatement. LICK has just announced they'll soon be opening the first nightclub in London for queer women.

The huge 600 capacity nightclub space is located under the Vauxhall arches, a hub of queer nightlife. With a mixture of live DJs, private booths, an outdoor garden, and awesome music there is something for every queer woman and it’s everything you'd want from a good night out.

Speaking about the launch in a statement Edwardes said, “it’s important for womxn to have spaces where they feel comfortable and safe to be themselves. There’s a real lack of diversity on the LGBTQ scene, and it’s extremely important that we get more representation for trans, non-binary, and queer people of colour. That’s where LICK comes in.”

The success of LICK events is all down to the hard work of Edwardes and her team and the fact that they saw a gap in London's queer scene. While, as The Guardian reports, LGBTQIA+ spaces are rapidly being closed down LICK has thrived. In an interview with VICE Edwardes said, “the LICK crowd is predominantly black and mixed race, a much younger crowd, cooler venues, better music, and we put in a lot of effort to keep it exciting.” She continued:

“People told me from day one that nothing would ever come from running lesbian nights, and that I needed to let men in, but I didn’t… now we’ve gone from having 30 girls a night to the next event being 2000. The response has been insane, and I think it’s amazing that we’ve grown together as a crowd.”

If you want to go and check out the nightclub for yourself the launch night is July 13. You can find LICK nightclub at 6a Lambeth Place, Vauxhall, right opposite the tube station. Doors are open from 9 p.m. to 4 a.m, tickets are £5 and you can purchase them on the door. But you better get down there nice and early as they’re selling them on a first come first serve basis.

You can keep up to date with everything going on with LICK on the club's twitter page. After the launch on July 13, LICK nightclub will be open every Tuesday, Friday, and Saturday with the aim of opening seven days a week in the future.

What Edwardes is doing with LICK is one of the most exciting things to happen on the London queer clubbing scene in a while. With an awesome crowd, great music, and now a cool new venue you have to check out LICK.

More like this
Gen Z Are Twice As Likely To Identify As Queer, According To New Data
By Sam Ramsden
Adam Lambert Called Out The George Michael Biopic Over Potential Casting
By Sam Ramsden
Here’s What TikTok's "Mascara” Trend Is *Really* About
By El Hunt
"Lavender Haze" Star Laith Ashley Breaks Down Filming With Taylor Swift
By Jake Viswanath
Get The Very Best Of Bustle/UK
Sign up for Bustle UK's twice-weekly newsletter, featuring the latest must-watch TV, moving personal stories, and expert advice on the hottest viral buys.