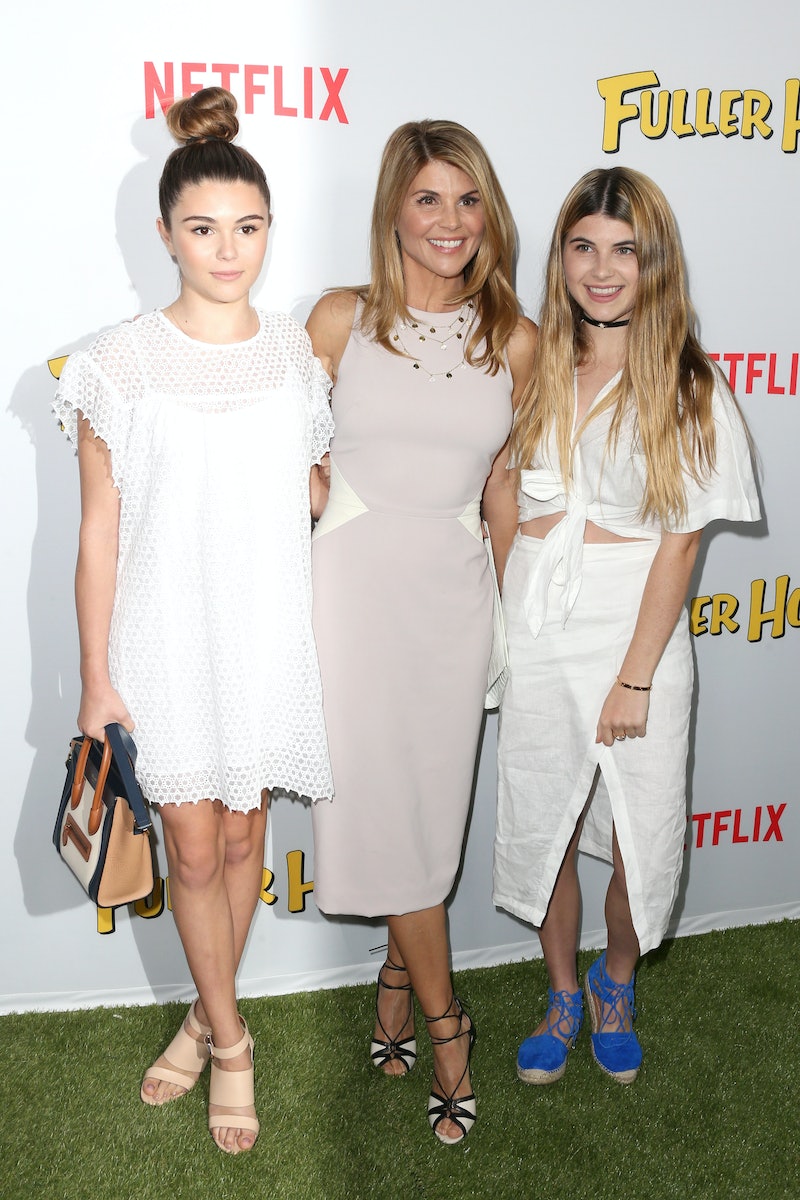 These siblings are putting family first. On Sunday, July 28, Lori Loughlin's daughters returned to Instagram to wish their mother a happy birthday, breaking their months-long silence on social media. Bella shared a picture posing with Loughlin to commemorate her 55th birthday, and Olivia commented on the post with support. Then on Monday, July 29, Olivia Jade shared a belated birthday message for her mom by posting a throwback photo.

Bella's Instagram post included a message for her mother, in addition to the photo of them together. She wrote, "happy birthday mama. I love you" with a heart emoji. Her sister replied to the post, "My people." Along with her own throwback pic, Olivia wrote a message to Loughlin, "one day late. happy birthday. i love you so much." Her sister commented, "Both so tiny." Olivia and Bella both opted to limit comments on the Instagram posts, making only replies from friends and family visible.

These tributes were the first time either daughter posted since January. In March, Loughlin and husband Mossimo Giannulli were charged in the college admissions scandal, among 40 other individuals, according to the New York Times. The two allegedly paid $500,000 to have Olivia and Bella listed as crew team recruits to gain admission to the University of Southern California; neither Olivia nor Bella played the sport. Loughlin and Giannulli pleaded not guilty, but the lawsuit is ongoing and the family has reportedly struggled to deal with the scandal, according to E! News .

Following the news about the scandal, it was reported that Bella and Olivia will likely not return to USC in the fall, according to Entertainment Tonight. Additionally, Sephora reportedly cut ties with Olivia Jade, who was a YouTuber and aspiring influencer, as per Glamour. Then in May, Olivia reportedly moved out of the family home, as per E! News, and an unnamed source claimed she needed space from the situation "She's doesn't feel that it's healthy for her to live with her parents right now," the source told the publication.

Olivia and Bella's supportive posts for their mother may help put rumors about family turmoil to rest. It also marks a small move back toward public life for them all. Back in March, Loughlin deleted Instagram and Twitter after news of the scandal broke. Olivia Jade has not posted on YouTube, and deactivated comments across her social media platforms.

In addition to these social media posts, the Full House alum made a public appearance on her birthday. On Sunday, Loughlin attended a public mass with Giannulli in Beverly Hills, according Us Weekly. "They appeared to be regulars at that Mass as nobody bothered them and they kept to themselves," an unnamed source told the publication.

It's unclear what will happen to Loughlin and Giannulli in court, and the future of their careers is unknown as well. However, it seems even amid the controversy, reports that the four are feuding may be overstated. Olivia and Bella took their mother's birthday as an opportunity to show that, no matter what, they're still family.