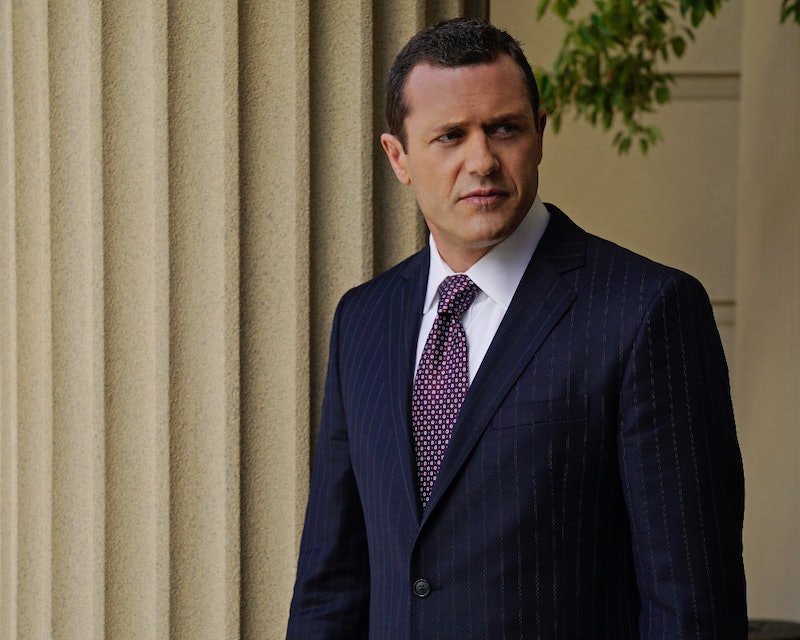 The face of S.H.I.E.L.D. might display super strength in times of need, but if something seemed off to you about Jeffrey Mace, you were right to be suspicious. Turns out, Director Mace is not Inhuman on Agents of S.H.I.E.L.D. His powers were the result of a super soldier serum developed from Calvin Zabo's formula. Lucky for everyone at S.H.I.E.L.D. Mace has not gone Mr. Hyde... yet.

This secret was revealed after an assassination attempt on Mace while he was publicly honoring Quake. The scuffle did at the very least save Daisy from a lot of social anxiety. However, Mace was separated from his very special briefcase. What was inside the briefcase? Mace's soul? An infinity stone? No, just viles of the serum that allowed Mace to pose as Inhuman and try on abilities for a size. Losing the case would mean not only losing his access to strength, but also potentially revealing his fraudulence to the world.

Is it a crime? Not really. He's still a hero, and still acts as a powered person when he is dosed up. Plus, as General Talbot pointed out, Captain America himself is the result of a serum rather than a crystal or a fish pill. He believes in Inhuman rights and he was asked to serve. There are better ways to be allies for a cause, but Mace does mean well. I think that's why Coulson asked him to stay on as the public head of the secret-ish organization.

However, it does tarnish the trust that the team was building around their leader. The massive amounts of red tape and clearance levels were making that difficult enough as is. I think I ended up with more respect for Mace than before on Agents of S.H.I.E.L.D. — but I am worried about what other secrets could potentially tear everyone apart if not put them in danger.