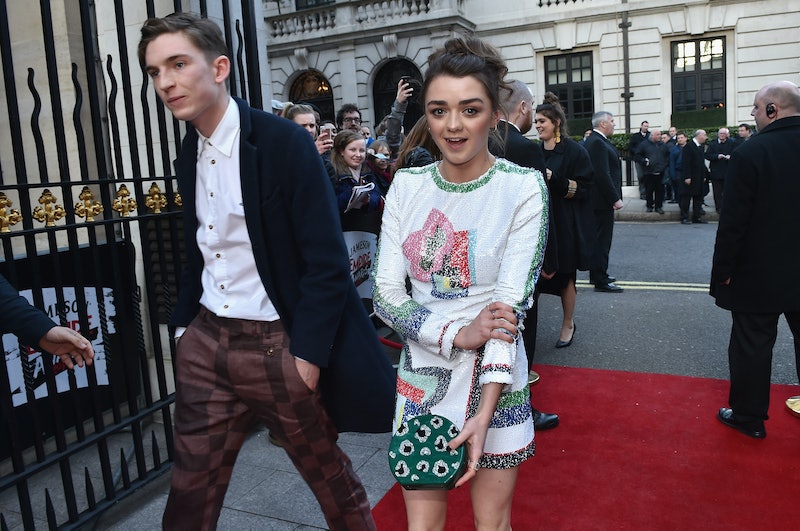 The final season of Game Of Thrones is fast approaching and stans of the show are sharing a combination of excitement and dread. Because each episode is sure to be as exciting as the last — but will also be one step closer to the end of the series. I mean, when are you going to get to see all of your favourite actors again? Well, I can't answer that for all of the cast, but I know that Maisie Williams is making a short film, and that's pretty exciting. And, true to form, it's one with a really cool difference.

So, the film in question is coming from LDN Creates, which was made in association with Daisie. Daisie, co-founded by Williams, is the brand new exciting networking app that is designed to connect people who work in creative industries. So, if you are into the likes of fashion, literature, film, art, music — this is a way for you to form a network of people in jobs just like yours. It will hopefully change the face of creative industries and make it easier for people to access fresh ideas and collaborations. Speaking to the Guardian about the app, Williams explained how it works:

"We wanted to give people the opportunity to be creative, without waiting around for someone, somewhere to validate their talent. You have a profile, you have a timeline, but the way your profile grows is by the chains that you make. To make a chain with someone, you have to work together."

The film is being made in collaboration with fellow talented young British actor, Bill Milner. It's a part of LDN Creates and the brief is, well, brief. The reason for this is that the pair are looking for all areas of the crew and cast to be filled. Real talk.

"Our team will be creating a short film. The best part about our project is that we don’t even know what it is yet! We want to make something from scratch that is produced organically after the team is built, the brief is truly open."

OMG, where do you sign up immediately? Well, it's relatively easy, as you can sign up via the website. There is an online form, and you have until April 14 to apply. I know that's not very long, but guys listen, it's not too hard to fill out. You need to basically attach something you have already done, as the website explains:

"LDN Creates will be bringing together the most exciting creators in London to work on a range of amazing projects covering film, music, fashion, photography, and design. To be considered, please submit an original piece of work that defines you as a creator. It may be a track, a series of photographs, a short film, a piece of writing... Anything that best shows off your creativity and talent."

Milner and Williams have collaborated before, starring in the hit Netflix show iBoy, and they're also longtime pals. This film will hopefully be the first of many made by the pair and in association with Daisie.