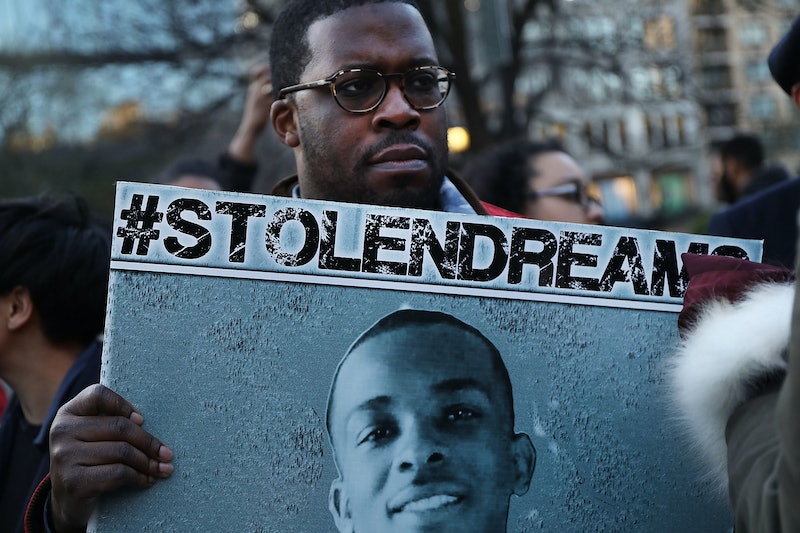 Following Clark's death, the officers claimed that they believed Clark had a gun. However, The New Yorker reported that authorities did not find any weapon near Clark's body following the shooting — only a cell phone.

During a Saturday press conference, Schubert argued that the two police officers in question — Jared Robinet and Terrence Mercadal — "honestly, without hesitation, believed he had a gun," according to NPR.

“Was a crime committed?" Schubert told reporters, per The New York Times. "There’s no question that a human being died. But when we look at the facts and the law, and we follow our ethical responsibilities, the answer to that question is no. And as a result, we will not charge these officers.”

According to the Times, the two officers who killed Clark had been dispatched to look into a vandalism complaint. Schubert told reporters that the officers had just cause to detain Clark, and argued that police officers "are often forced to make split-second decisions." Following Schubert's announcement, Clark's mother Se'Quette expressed outrage when speaking to reporters, CNN reported.

Clark's death last year swiftly sparked protests in Sacramento, with hundreds of people rallying for justice and police accountability. Activists across the country also condemned the police shooting of Clark as yet another manifestation of discriminatory policing in black neighborhoods, per the Times. According to CNN, city officials are once again bracing for protests following Schubert's decision.

Also on Saturday, Sacramento Mayor Darrell Steinberg said that the Sacramento Police Department must finish conducting an internal review before Daniel Hahn — the city's first black police chief — can recommend whether or not Robinet and Mercadal should be fired.

"As you know, the city council does not have the authority, nor the mayor, to make that decision," Steinberg said, per CBS News. "I would prejudice the potential and possibility of discipline if I were to comment at this point on that and that's the truth."

At Hahn's request, California Attorney General Xavier Becerra's office is currently conducting an independent review of Clark's shooting, NPR reported. In a statement emailed to Bustle, the Sacramento Police Department said it recognized "the significant impact this incident has had on our community."

"We understand the challenges that we face as we work together to heal our community, build trust and move forward," the department said in its statement. "We are committed to building healthy neighborhoods in our city, where every person has an opportunity to thrive. We will continue to work together with our community to ensure our city is policed safely and effectively."

Clark's mother, however, made it clear to reporters that she plans to continue fighting for accountability.

“This is just the beginning – the fight for justice,” Se'Quette said Saturday, per The Sacramento Bee. “The fight will begin now.”

Se'Quette also criticized Schubert and other officials for orchestrating what she described as "a smear campaign about his character," citing reports that the mother of Clark's children had filed a domestic violence complaint against him two days before his death.

This is not the end of the Clark case, The Sacramento Bee reported. Clark's family filed a lawsuit against the city of Sacramento in January, seeking at least $20 million from the city and the officers who killed Clark. They also filed a wrongful death claim against the city back in September. In California's state legislature, meanwhile, lawmakers are currently considering two bills that could change the state's legal standards on the use of force.