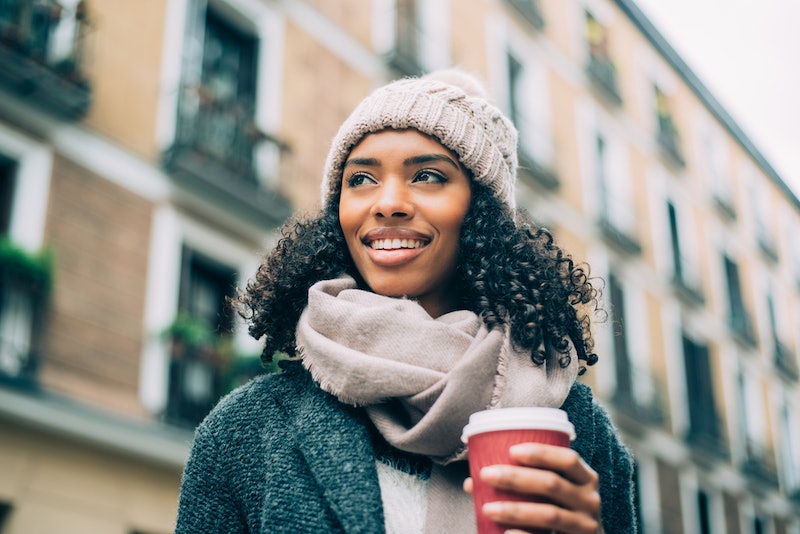 Full disclosure, friends: I don’t drink coffee. I can’t stand the wired-then-tired feeling it gives me, or the insomnia. And while I’m happy to soak some lady fingers in a strong brew in order to make tiramisu, that’s as far as my relationship with coffee goes. Dessert? Absolutely. Daily imbibing of the stuff? That’s a hard pass for me, folks. Regardless, drinking coffee is a favorite daily ritual across many cultures since ancient times, and despite the fact that its taste is super bitter, the love of coffee abounds all over the world. In fact, it turns out that people like the taste of coffee more if they're more sensitive to that bitterness, a new study shows. What's even weirder about this link? It basically means that the tab you run up at Starbucks every week is probably linked to your genetics.

Published in the journal Nature: Scientific Reports, the study shows that, even though the exact cause is unknown, people perceive the taste of bitterness differently. The more sensitive you are to coffee’s bitter flavor, which is a trait we inherit from our parents, the more of it you’re likely to drink. Which is weird, because, technically, we’ve evolved to equate bitterness with toxic substances. So why don’t you take a swig of coffee and then spit it out? Well, researchers have been pondering just that question.

According to NPR, the study’s authors took a deep dive into the UK Biobank, and asked volunteers to answer questions about their health, including how much coffee they drink. Researchers found that study participants who were more sensitive to caffeine and bitterness — and not just bitter tastes in general — were more likely to drink coffee compared to people who were less sensitive to it, which is counterintuitive on a number of levels. Other bitter flavors used in the study did not produce the same effect in the study’s volunteers.

People might “learn to associate that bitter taste with the stimulation that coffee can provide,” study author Marylin Cornelius, assistant professor of preventative medicine at Northwestern University, told NPR. So, even though coffee tastes bitter, the desire to be “fully caffeinated” bypasses what might otherwise get registered by the palate as an undesirable substance, NPR says. In the case of coffee, the bitter taste gets a positive association: “In other words, they get hooked on the buzz,” Cornelius said.

Cornelius also told NPR that another factor might be at play when it comes to the coffee conundrum: People’s ability to efficiently break down caffeine in the body may also be a predictor of how much of it they drink. So, if you like the feeling of being caffeinated, and your body is able to break it down and eliminate it well, you probably drink more coffee.

While this news might seem counterintuitive for us non-coffee people, it's probably not all that surprising for those of you out there who drink the stuff like there's no tomorrow. And there aren’t really any drawbacks to drinking a daily cup or two of coffee health-wise. If you like it, there’s no reason not to enjoy it. Which is also great news for your local barista, too.