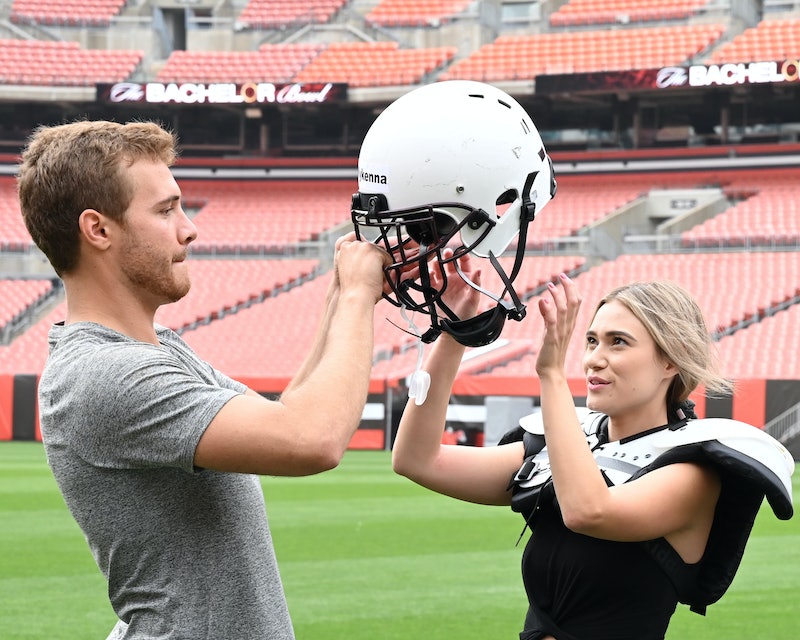 There's something to be said for a Bachelor lead who plays by their own rules. But after Week 4, Peter seems quite unaware of any of the franchise protocols, and it could mean his downfall. Tweets about Peter's group date on The Bachelor have fans questioning the pilot's decision-making — and a bit wistful for what a Bachelor season could have been if Mike Johnson were the lead.

As is standard, each of these early episodes of The Bachelor Season 24 has seen some drama. But after incidents like Champagne Gate, the wrath of the women is not only focused on their fellow contestants; Alayah's return has shifted the anger to be directed at Peter himself. The lead isn't directly responsible for all the drama of the season. After all, the producers are going to create situations for drama to thrive in — e.g., having Victoria F.'s ex-boyfriend perform during her one-on-one date. Yet, as the season goes on, the lead can curb the tension by eliminating "villains." Instead, Peter has escalated the drama by inviting Alayah to rejoin as a contestant.

The recently-departed Alayah swooping in to the group date after-party was particularly upsetting to the 13 women (well 12 — looking at you, Victoria P.) who had played football during the date, only to have Peter give his rose to Alayah.

Peter has every right to keep whichever women he feels a connection with on the show. But after eliminating Alayah primarily because the other women thought she was fake, Peter had to know asking her back on the show would enrage his other contestants. And giving her a rose for a date she wasn't even technically on didn't help matters.

While Alayah was at the epicenter of the drama, fans were pretty over Peter's flip flopping ways. And, after seeing how he treated the women on the group date, many viewers on Twitter were certain once and for all that ABC made the wrong choice of Bachelor. Mike Johnson was right there!

We'll tragically never know what a season of Mike as Bachelor would look like. But his actions on Hannah's season does make it seem like he would have been more willing to call bullsh*t when he saw it. Peter, on the other hand, seems so frightened of getting hurt that he keeps second-guessing himself to the detriment of his entire season.

Peter, to his credit, was distraught that he has upset the contestants. "I'm trying my hardest, I am," he said on the group date. And later, when Natasha and Deandrea brought up how they felt disrespected, he admitted, "I'm so not perfect." He seems to have soothed their anger for now.

But Peter might want to try harder to figure out what he really wants before this nightmare drama spiral that is this season of The Bachelor comes to an end.