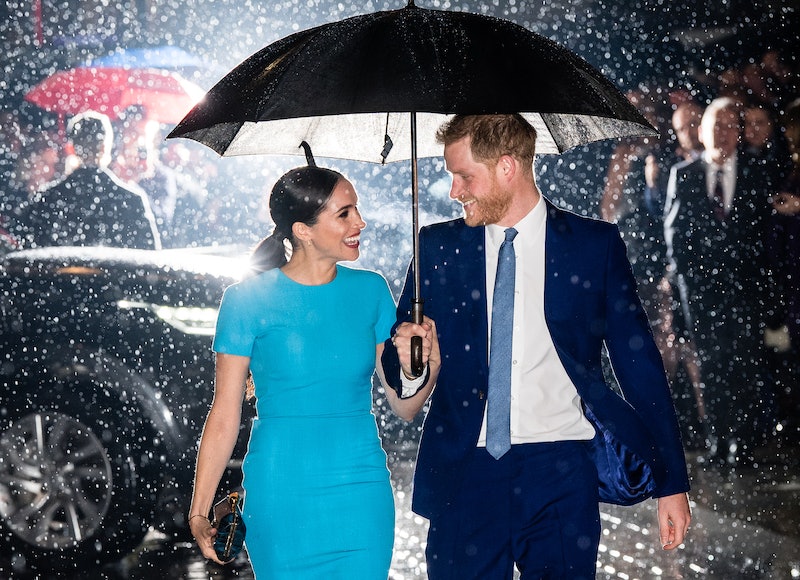 As they continue with their transition of stepping back from royal duties, Harry & Meghan will cut ties with four UK tabloids. In a letter sent to editors of the Daily Mail, Mirror, Express, and The Sun on Sunday night (April 19), the couple explained they will now operate a "zero engagement" policy.

"It is gravely concerning that an influential slice of the media, over many years, has sought to insulate themselves from taking accountability for what they say or print — even when they know it to be distorted, false, or invasive beyond reason," the letter reads. "When power is enjoyed without responsibility, the trust we all place in this much-needed industry is degraded."

The letter continues: "There is a real human cost to this way of doing business and it affects every corner of society. The Duke and Duchess of Sussex have watched people they know — as well as complete strangers — have their lives completely pulled apart for no good reason, other than the fact that salacious gossip boosts advertising revenue."

Harry and Meghan's letter goes on to detail exactly how the pair, along with their communications team, have cut ties with these outlets "in order to protect that team from the side of the industry that readers never see."

As the Guardian notes, this ban extends to Sunday editions of the aforementioned newspapers, as well as associated websites.

"This policy is not about avoiding criticism," the letter states. "It's not about shutting down public conversation or censoring accurate reporting. Media have every right to report on and indeed have an opinion on the Duke and Duchess of Sussex, good or bad. But it can't be based on a lie."

This news follows a lawsuit filed by Meghan against the Mail on Sunday after it published a private letter she had sent to her father, Thomas Markle. According to journalism site Press Gazette, the first hearing of the lawsuit will be "held remotely" next week.

Despite their recent experience with these tabloids, Harry and Meghan aren't cutting ties all ties with journalists. As explained towards the end of the letter, they will continue to work with "journalists and media organisations all over the world" with a focus on "engaging with grassroots media, regional and local median, and young up-and-coming journalists" in order to "spotlight issues and causes that so desperately need acknowledging."

As the letter continues, "they look forward to doing whatever they can to help further opportunities for more diverse and underrepresented voices, who are needed now more than ever."