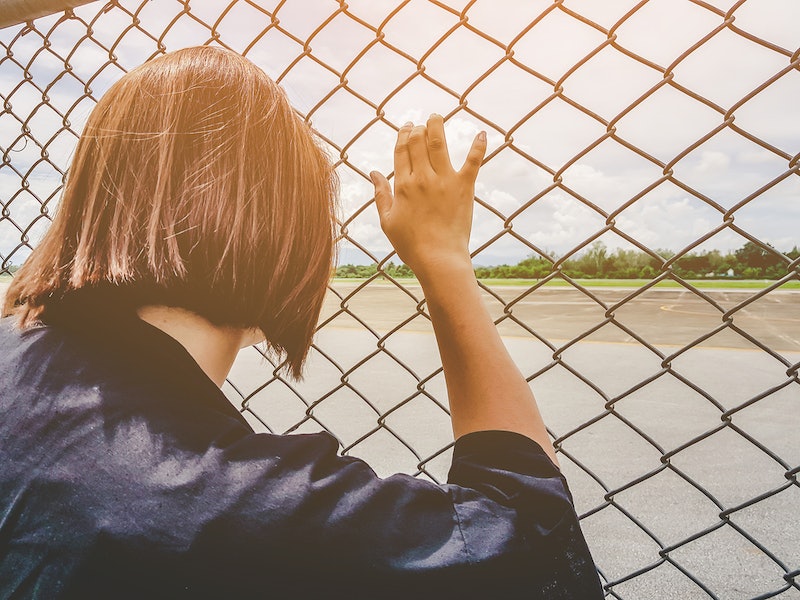 While it's no secret that there can be many challenges as a young queer person struggling to understand or discover your sexuality, new research shows that this can have a huge effect on mental health. Young queer people show higher rates of depressive symptoms than their straight peers — even from as young as 10 years old.

The research, published in The Lancet Child & Adolescent Health looked at 4,828 young people, 625 of whom were not exclusively straight or identified as a "sexual minority". Although the research was based out of the UK's University College London, the results will resonate with young people in the U.S. as well and are a useful tool globally.

The researchers were building on previous findings that showed queer youths struggle more with mental health and sought to understand more about how — and when — this manifests. The participants were asked questions about any depressive symptoms seven times between the ages of 10 and 21 — and they were also asked about any self-harming behavior at the ages of 16 and 21. The study revealed that lesbian, gay, bisexual, and questioning (the study didn't mention transgender adolescents) youth were four times more likely to self-harm with suicidal intent — and found that depressive symptoms were more common, even as young as the age of 10. They also found that while depressive symptoms increased in both groups over time, the increase was greater in sexual minority groups.

"These results are concerning given that these young people have lived through a period when same-sex relationships have been increasingly accepted by society," the study's senior author, Dr. Gemma Lewis of the University College London's Psychiatry Department tells Bustle.

This research is crucial not only to understand the extent of mental health issues in queer youth, but also in coming up with strategies for treatment and intervention.

"Our findings suggest that clinicians who encounter young people, whether in primary or secondary care, sexual health services, the emergency department, or as school nurses, should be mindful about sexuality in considering the wider context for depressive symptoms or self-harm," Dr. Lewis says. "Clinicians should use language and questions that reflect openness about sexuality, and not assume heterosexuality. In gaining a history of the problem clinicians should be aware that a young person who identifies as not exclusively heterosexual may have struggled with mental health problems from very early on in adolescence." Knowing that these issues can arise at such a young age can help health care professionals guide and treat young people who are struggling.

This can come from understanding the stigma that is still in place and realizing the profound effect this can have — and how young many queer people are when they start to internalize homophobia and hostility. Dr. Lewis also suggested addressing heteronormativity in schools, in health care, and society more generally, to try to prevent these symptoms from arriving.

It's disheartening to hear how young some queer youth are when they start showing more depressive symptoms and self-harm behaviors than their peers, but it's also crucial information. Hopefully, more research will be done and more help can be put in place.