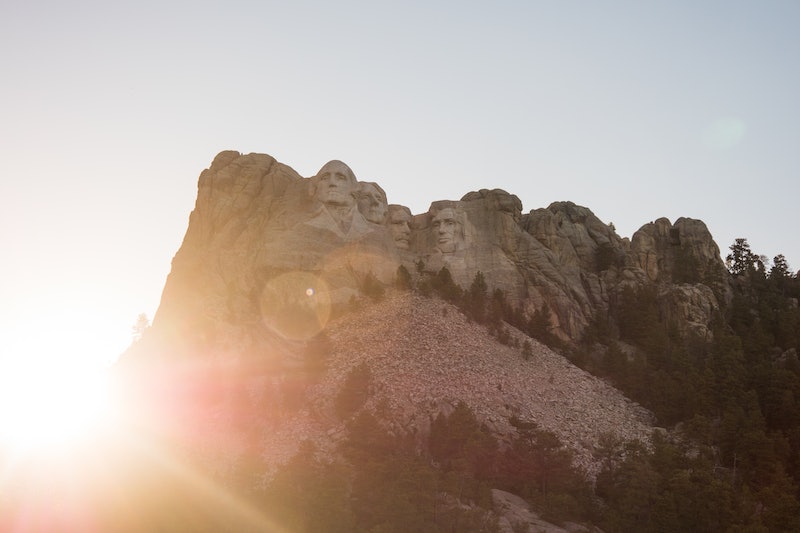 Presidents Day is upon us, and to help us commemorate the day, I've rounded up 14 quotes for Presidents Day. These quotes all came from America's previous presidents, from Franklin D. Roosevelt to Dwight D. Eisenhower to John F. Kennedy. Some of them are funny, some of them are serious, and some of them are inspiring. So no matter how you're feeling on this day, you've got your pick below.

I think that it's safe to say that the diversity in presidential ages can be reflected in the diversity of these rounded up quotes. Some are more refined, while some like Eisenhower's (who entered office at 62 years old) has a quote that demonstrates the amount of politics that he'd seen in his long lifetime. Take it all in and make note of the many, many presidents this country has seen over the past two centuries.

2. “Extremes to the right and to the left of any political dispute are always wrong.” — Dwight D. Eisenhower

3. “Let us resolve to be masters, not the victims, of our history, controlling our own destiny without giving way to blind suspicions and emotions.” — John F. Kennedy

5. "When you get to the end of your rope, tie a knot and hang on." — Franklin D. Roosevelt

6. “We cannot build our own future without helping others to build theirs.” — Bill Clinton

7. Honesty is the first chapter of the book of wisdom." — Thomas Jefferson

8. "If men were angels, no government would be necessary." — James Madison

9. “I not only use all the brains that I have but all that I can borrow.” — Woodrow Wilson

10. “Plans are nothing; planning is everything.” — Dwight D. Eisenhower

11. “We must teach our children to resolve their conflicts with words, not weapons.” — Bill Clinton