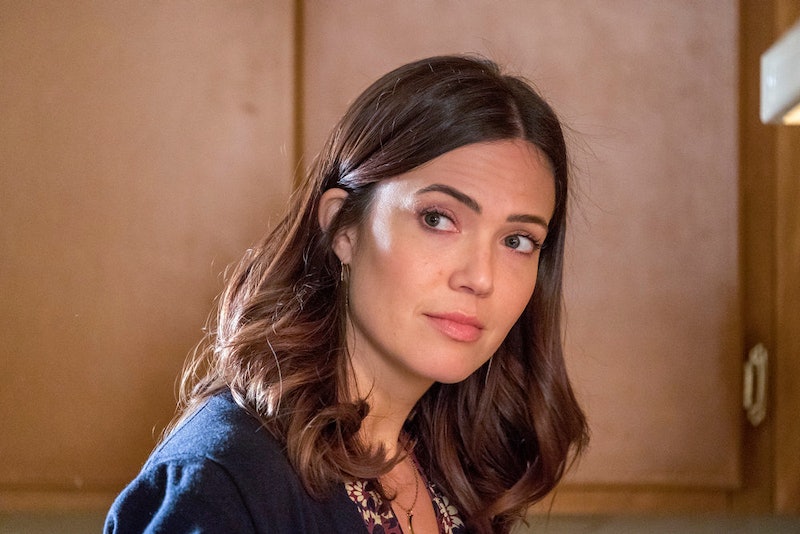 When it comes to epic TV romances, Rebecca and Jack's love story on This Is Us sets the bar pretty high. In fact, it's impossible not to idolize (and even envy) what they had together before their marriage was tragically cut far too short. However, despite their deep and meaningful love for each other, they are far from perfect — and after last Tuesday's episode that realization became all the more clear as Rebecca struggled to deal with Jack's secret about Nicky. She was angry that her husband kept something so important from her during the entire length of their marriage. It'd be an understandable thing to get upset about, for sure, that is if she hadn't basically done the exact same thing to him.

No, she may not have lied about the death of a sibling, but she did harbor one very big secret from Jack — a secret that was divulged during Season 1, when Randall tracked down his birth father, William, only to later discover that his mother had been in contact with him pretty much all of his life. To top it all off, Jack had absolutely no idea about any of it. So it feels extremely hypocritical of her to get mad at Jack for keeping something from her when she herself if guilty of a very similar crime.

That's not to say that Jack was in the right to lie about Nicky still being alive. He should've opened up to his loved ones and not buried it all deep down within himself. But it's not fair for Rebecca to get that upset and completely fail to see the irony of the situation. One could argue that her secret was even worse than Jack's because not only did it take years away from Randall and William being able to spend time together, but she only came clean about it because she got caught. It's hard to know this for sure, but given how much better Jack was getting about opening up during his sobriety, it's possible he would've found his way back to Nicky and told his family the truth about what happened.

Granted, we'll never know if that would've been the case since he died before that day could ever come. But even Rebecca admitted to Nicky that she feels Jack would've tried to reconnect with him down the line, had he not died when he did. That sounds very on brand for Jack and a fairly good assumption to make.

Meanwhile, had Randall never found William, he probably would've never known who he was because Rebecca intended to take that secret to her grave. How does that make her any better than Jack, and yet no one is calling her out on it? Maybe Kevin and Kate didn't feel like it was their place to point it out, but Randall certainly must've been able to see the parallel at play here. So why is only Jack getting painted as the liar here? Randall may have forgiven his mother, but it's doubtful he's forgotten what she did.

I've always loved Rebecca and Jack as a couple and honestly I doubt that will ever change. But I'd be lying if I didn't say I was disappointed in how Rebecca reacted to Jack's secret when she of all people should know what it's like to keep something from your family with the best of intentions, even if it was ultimately the wrong thing to do. Jack deserved better from her and it's something the show should still address.