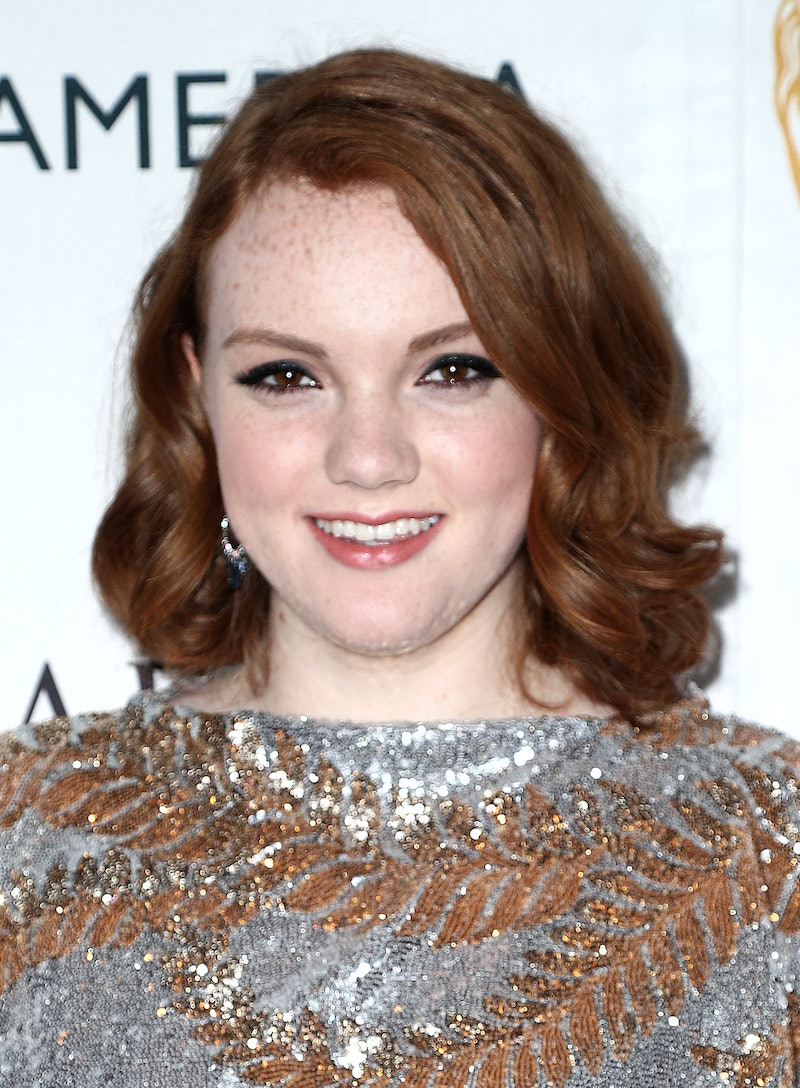 In a new essay for Teen Vogue published on Friday, May 4, Stranger Things and Riverdale actor Shannon Purser detailed her mental health struggles while raising awareness for what it means to have diagnosed obsessive compulsive disorder. The actor revealed how previously undiagnosed OCD and depression led her to have suicidal ideation and what she has learned about her condition since her diagnosis. With the help of a therapist, she wrote that she has learned how to cope with the effects of the disorder.

Purser wrote in her essay that OCD did not affect her in the way it is often portrayed in media (such as obsessive cleaning), but instead with obsessive thoughts. She wrote, "You may also have heard of OCD because lots of people like to casually diagnose themselves with it, saying things like, 'I hate when things are messy, I’m so OCD.'”

The National Institute of Mental Health's list of OCD symptoms includes "Excessive cleaning" and "Having things symmetrical or in a perfect order," as well as "Obsessions are repeated thoughts, urges, or mental images that cause anxiety," and "Aggressive thoughts towards others or self."

Purser explained further in the essay that obsessive thoughts affected her life in ways big and small, including her ability to get through a school assignment, and her feelings of self worth.

Purser explained that while she was younger she became obsessed with making sure she "absorbed" every detail when she was reading. This caused her to re-read everything multiple times and slowed down her school work. She also began to feel isolated from her friends. She wrote:

"I became obsessed with the idea that I was being insincere. I could no longer say simple things like “I’m sorry” because, I thought, what if I wasn’t really sorry? That would make me a liar. And being a liar was wrong."

Purser went on to detail that she had many thoughts that she could not control. She explained, "Having a stray, weird thought or image pop into your head — maybe something super-sexual or violent — can be a perfectly normal thing for the brain to do, and most people are able to brush those thoughts off and move on. I wasn’t." She wrote that this led her to believe she was "evil, disgusting, and perverted."

"[The images] were all I could think about, and they got worse and worse until I was convinced that I was an unstable predator. It was nightmarish. I felt dangerous. I thought I deserved to die, and I felt utterly alone."

In the Teen Vogue essay, Purser said she opened up to her mom about her thoughts when she realized she was having suicidal thoughts, she says she didn't realize she had OCD until she read an article about the symptoms. She wrote, "It was overwhelmingly comforting to finally realize that I wasn’t alone and that nothing was wrong with me." She then wrote about how she began working with a therapist to learn coping mechanisms for dealing with her thoughts and got on medication.

One of her biggest supporters was Stranger Things castmate David Harbour.

Many others also thanked her for her candor.

Others related to her.

Purser wrote that she is now managing her condition and is able to go off medication (under the advisement of her doctors), but she explained in the essay that she wishes she knew more earlier. "I wish I’d been able to reach out for help sooner," she wrote. "I was so consumed by fear and shame that I’d convinced myself that no one in the world was going through these trials."

She concluded the essay by writing that having the internet, and learning she was not alone, was the first step to her recovery. Her essay seems to be helping others to know they are not alone and that they can get help.