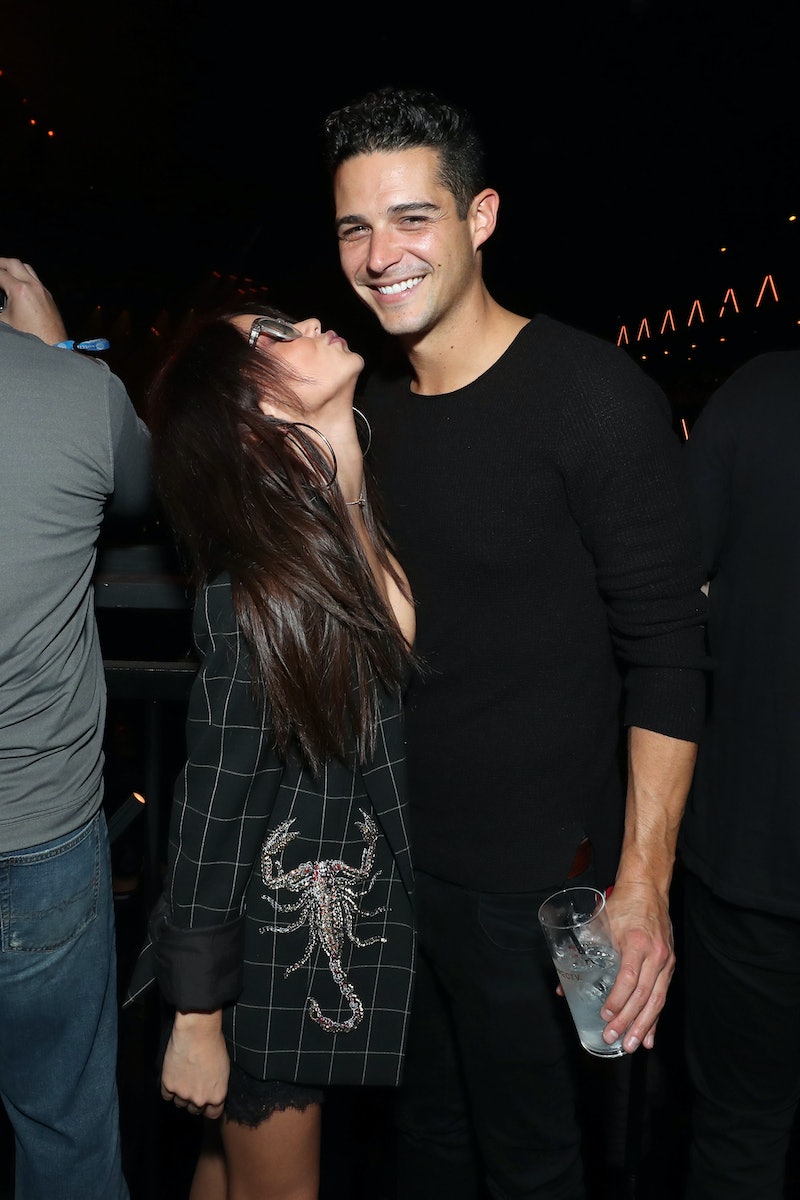 Sarah Hyland and Wells Adams are still one of the most adorable celebrity couples out there. And Hyland's Valentine's Day tribute to Adams shows just how far the two of them have come in their relationship.

The Modern Family actor posted three photos of the two of them on a hike together, smiling and enjoying each other's company. "With you I feel like I'm on top of the world & I'll always catch you if you fall... no matter how high we climb," Hyland wrote in her Instagram caption. "I love you to Pluto & back @wellsadams ❤️ I am so grateful and appreciative of everything you do for me."

Hyland also added the hashtag #myperson, so it looks like her relationship with the former Bachelorette contestant is getting pretty serious. It's clear that these two are head over heels for each other. And the photos she posted show that the two of them can't help but smile when they're in each other's company.

Hyland and Adams started dating in 2017, and their relationship seems to have been going super well ever since then. They met in a totally millennial way — they started out by flirting on Twitter — and they're still sharing cute messages about each other online now.

Adams also shared a Valentine's Day message for Hyland on his own Instagram account, although his caption was a bit more straightforward. "Hey @sarahhyland, will you be my Valentine? I love you +1 more than anything you say," Adams wrote on his Instagram post.

The couple moved in together last August, with Adams leaving his Nashville home behind to be with Hyland in Los Angeles. And in September, Hyland shared an Instagram post noting it had been one year since their first kiss together, referring to it as her "last first kiss."

Between that and her Valentine's Day hashtag calling Adams her person, it looks like Hyland is pretty set on the idea that the two of them are endgame. And it really does seem like they've found their match in each other — they look so sweet together in all of their photos.

And while all of their photos are super sweet, Hyland shared with Self last December that Adams has supported her through the less happy times, too. "He's seen me at my worst," she told the magazine of Adams, who supported her after her second kidney transplant. "I think that's why I feel the most beautiful in his eyes, because he still finds me beautiful after seeing all that."

Adams also talked to Us Weekly about Hyland's medical experience that month, calling her the "real-life version" of Wonder Woman. "Imagine having a vital organ replaced. Imagine having 16 surgeries, going to hundreds of doctors' visits and taking thousands of pills," he told the magazine. "Oh, and throw in filming the funniest show on TV and executive producing and starring in a movie… and never breaking down. Never losing it. I know Gal Gadot is Wonder Woman on film, but Sarah is the real-life version."

Hyland and Adams have been through a ton of ups and downs in their relationship, so it makes sense that Hyland is confident she's found the one. Her Valentine's Day message for Adams shows that they're on the same page about their relationship, and it looks like the future has plenty more smiles in store for both of them.