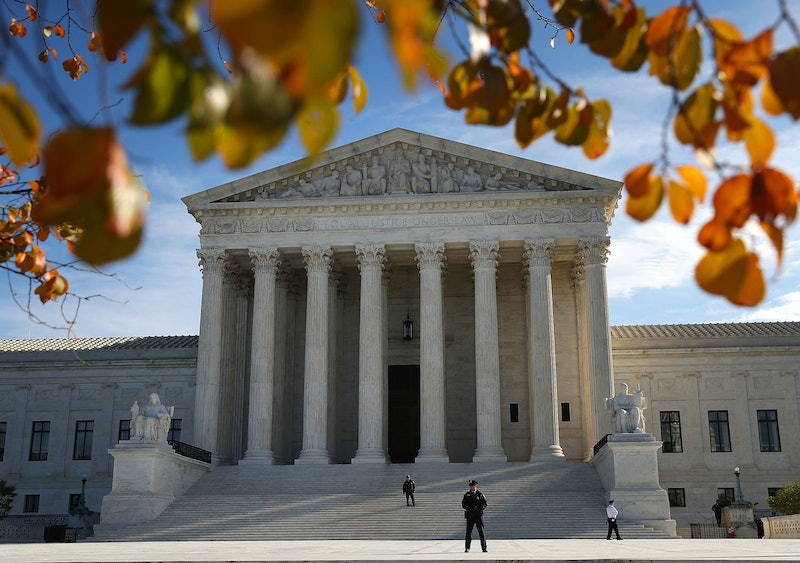 A clause in the Fifth Amendment known as "double jeopardy" — no, not talking about the game show — is an issue that comes up in Supreme Court cases from time to time. But SCOTUS' latest "double jeopardy" case has some serious implications in special counsel Robert Mueller's Russia investigation that could affect how much impact a presidential pardon has.

The "double jeopardy" clause protects people from being tried twice for the same crime, with one exception. According to the "separate sovereigns exception," you can be tried twice if prosecutors decide to go to trial in state and federal courts. That's something that the president's former campaign manager Paul Manafort might be facing.

Manafort is currently looking at prison time after being convicted of federal tax and bank fraud in August. But because of this exception in the law, he could still potentially be prosecuted in state court for similar charges.

But here's the thing — presidents can only pardon people for federal crimes, not state ones. The president has hinted that he might be willing to pardon Manafort for his federal crimes, but Trump wouldn't have any such power if Manafort were convicted in state court, too. That means if the Supreme Court decides to preserve the exception to the "double jeopardy" rule, and Manafort is found guilty in state court, he could still face prison time, even if he gets a presidential pardon for his federal crimes.

The Trump administration, Russia, and Manafort actually weren't mentioned at all in Thursday's trial. The case in question centers on an Alabama man named Terance Gamble, who was previously convicted of a felony and seven years later found with a handgun in his car.

According to Alabama law, felons can't own firearms, and Gamble was charged and convicted under state law. Additionally, a U.S. attorney charged him with violating a similar federal law, which extended his sentence by almost three years. Gamble appealed all the way to the Supreme Court, arguing that the stacked state and federal charges violated his Fifth Amendment rights.

Unsurprisingly, many organizations in support of prison and sentencing reform support Gamble's argument. The ACLU argues that the "separate sovereigns exception," which is more than 150 years old, violates what the country's founders had in mind when they outlawed taking people to trial twice for the same crime. But from their statements on Thursday, it sounds like Supreme Court justices aren't so sure.

"Look at the door we are opening up," Justice Steven Breyer said on Thursday, pointing out that eliminating the exception would prevent the federal government from prosecuting civil rights cases not handled properly by the states. Principal Deputy Solicitor General Jeff Wall, who represents the United States in the case, wrote in court documents that the federal government only gets involved if states leave "substantial federal interest demonstrably unvindicated."

Oddly enough, the White House also supports the "separate sovereigns exception," despite the implications it could have on a pardon for Manafort. According they NBC, the administration feels it allows federal and state governments to handle cases without interfering with each other. Wall argued in the court papers, "The framers wrote the Constitution to manifest the sovereign power of the United States and the states, including the power to enforce their own criminal laws."