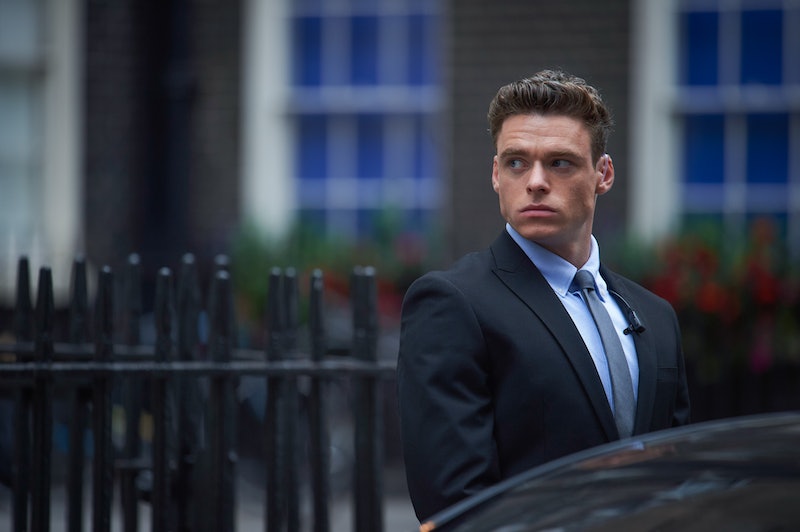 It takes a lot for a show to be called the next Bodyguard. But when the writer for The Tunnel teams up with producers from Bodyguard and Line of Duty for a brand new series, I'd say it's a fair comparison. Especially since BBC One has commissioned Showtrial, a crime drama that follows a fictional court case as it swirls into a media storm. Set in and outside the courtroom, the series will have viewers questioning their morals over whether the defendant is innocent or guilty.

Demonstrating how the public's opinion can drastically change the outcome of a criminal's trial, Showtrial could easily be a reconstruction of dozens of crimes committed in the UK. Instead, the series follows the fictional case of Talitha Campbell, an entrepreneur's daughter who is arrested after being connected to the disappearance of student Hannah Ellis, who is one of her classmates.

"The right to a fair trial and the idea of reasonable doubt lie at the heart of a civilised society," Richards told BBC One. "Showtrial explores how they can be distorted by other factors, in a world where concepts such as fairness, doubt and reason are afforded such diminishing value."

It's not yet known who will be starring in the drama, but BBC One says that "[c]asting and further details will be announced in due course." This will most likely also include an air date, which is "expected to air next year" according to Digital Spy, and will broadcast in six parts.

"Rich in character and truly contemporary, Showtrial follows the investigation of a serious crime as it grows from routine investigation to national talking point, charting the progress of the case and the mounting pressure on those on the inside," Piers Wenger, Controller of BBC Drama added. "In Showtrial, Ben shows his powers as an independent thinker and an innovative storyteller, and we are delighted to be working with he and Simon Heath to bring this series to BBC One."

Sure, it'll be a long wait until the drama unfolds. But if Showtrial is anything like Richards previous work, I have a sneaking suspicion that it'll be one of 2020's most talked-about shows.