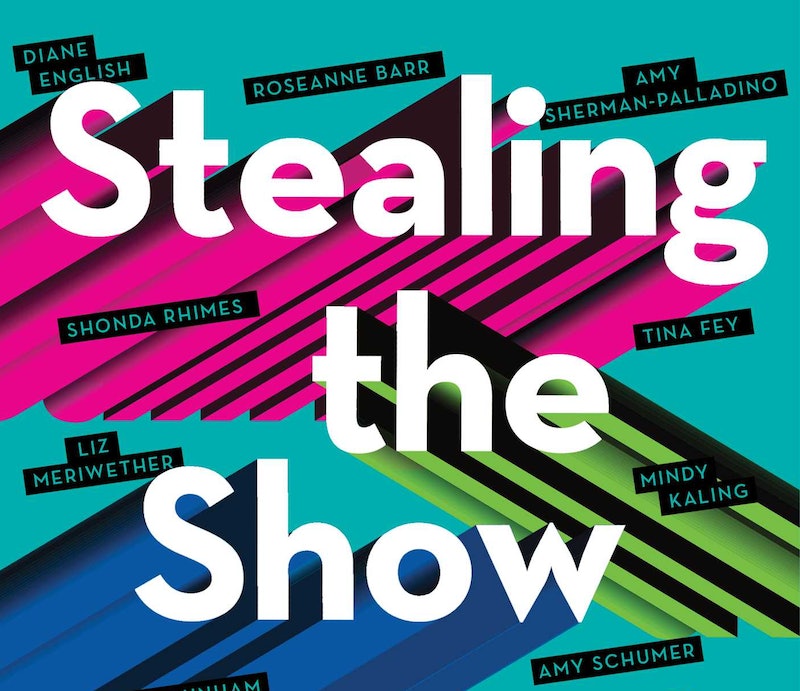 In January, CBS announced plans to reboot Murphy Brown, a wildly popular sitcom starring Candice Bergen as a single, middle-aged, career-focused broadcast journalist who is too busy exposing corporate crooks and government scandals to date anyone, let alone "settle down." When it originally aired, from 1988-1998, the award-winning series made a name for itself as a sharp political satire that wasn’t afraid to tackle current events. And of course, the titular character’s drive, ambition, and take-no-shit attitude turned her into a feminist icon to liberals — and a thorn in the side to conservatives. For 10 seasons, Murphy Brown helped reshape and redefine womanhood and family, and according to CBS, the reboot will aim to do the same thing, only this time, in "a world of cable news, social media, fake news and a very different political and cultural climate." At the helm will be the series' original creator, Diane English, who was just one of the first in a growing line of groundbreaking women showrunners who have transformed television, and in doing so, transformed the culture around it.

"Contemporary television quakes with women's sound and fury," author, veteran TV critic, and culture journalist Joy Press writes in her book Stealing the Show: How Women are Revolutionizing Television. "Since 2015, a torrent of series created by and revolving around women has shot forth with the explosive velocity of a champagne cork." But, following the 2016 presidential election, what first appeared to be a women-led, feminist revolution on-screen has revealed itself to be "one of history’s grand zigzags." As the nation becomes further and further embattled in an increasingly divisive culture war, women on-screen and off find themselves in a precarious position. "In a way, it makes the creative force waged by these women all the more crucial," Press argues.

Stealing the Show: How Women are Revolutionizing Television by Joy Press, $18, Amazon

In Stealing the Show, Press looks at the women who have been here before — the extraordinary showrunners and creators responsible for reshaping the TV landscape to include the broad range of female experiences that can be seen on the small screen today. Starting with English's unapologetically feminist Murphy Brown and Roseanne Barr's brazen and controversial Roseanne, Press traces the change-makers whose iconic shows not only inspired but made way for the next generation of female-centric television.

"In Stealing the Show, Press looks at the women who have been here before — the extraordinary showrunners and creators responsible for reshaping the TV landscape to include the broad range of female experiences that can be seen on the small screen today."

There is Amy Sherman-Palladino, whose fast-talking mother-daughter duo on Gilmore Girls helped demonstrate women's stories can be both funny and emotional at the same time, and Shonda Rhimes, whose diverse prime-time empire proved inclusive casting and storytelling can, indeed, sell. There's Tina Fey and Mindy Kaling, whose comedic sitcoms 30 Rock and The Mindy Project expanded the definition of the "single girl" experience, and in doing so, expanded the definition of womanhood. There's Amy Schumer, Abbi Jacobson, and Ilana Glazer whose shows Inside Amy Schumer and Broad City made space for women to be as gross, as raunchy, as unapologetically flawed as men. There is also Jenji Kohan, whose shows Weeds and Orange Is the New Black, introduced the work to a new kind of "unlikable" woman, and Jill Soloway's Transparent, whose inclusion of transgender writers and actors was truly groundbreaking.

From English and Barr to Lena Dunham (Girls) and Liz Meriwether (New Girl), Stealing the Show celebrates the women who have transformed the entertainment landscape by changing what we saw on TV, and more importantly, who we saw on TV. Drawing on intense research, reporting, and in-depth interviews with the creatives who were there to see the revolution, warts and all, it reveals how one showrunner can use their show to break down stereotypes, dismantle assumptions and prejudices, and help create a fictional world that look a lot more like the real one.

Because Stealing the Show isn't just about television. It is about American culture, and the way that representation on-screen can reshape, maybe even revolutionize it. As Press explains it:

"Increasing the number of female directors or showrunners isn't going to fix big American problems like the wage gap, and developing more series with female protagonists won't defeat the assaults on women's reproductive health, either. We need a grassroots activist onslaught to achieve that. Yet cultural representation is no small thing. Growing up in a world where you don't spot versions of your experience reflected in the culture makes you feel small and invisible. It tells you, and all those around you, that your voice is not important. By reflecting the reality of women's lives, the television creators in this book arguably helped provoke the current political backlash. That means they could play a prominent role inspiring the resistance."

Despite the limits of TV and pop culture, and in spite of the ongoing backlash facing women, Press argues, expanding the experiences represented on-screen can help inspire a revolution off-screen. Maybe it already has.

Last month, despite incredibly high ratings, a congratulatory phone call from Donald Trump, and a planned second season, ABC cancelled the rebooted Roseanne after its creator made racist remarks on Twitter about former Barack Obama adviser Valerie Jarrett. Following an uproar on social media, the network axed one of its most popular shows, and issued a swift statement condemning Barr.

"...expanding the experiences represented on-screen can help inspire a revolution off-screen. Maybe it already has."

In another world, at another time, Barr's comments may not have gotten her fired, and there are plenty of people who think they shouldn't have. But at this moment, with a culture war raging, such overt racism cannot be abided, not by fans and not by a network. Whatsmore, the on-screen representation working class America has changed since Roseanne originally aired in the 1980s and 1990s, when it was celebrated for its portrayal of a poor family. Today, there are scores of shows, from Netflix's One Day at a Time to FX's Atlanta to Fox's Bob's Burgers that show diverse, inclusive families struggling to get by in America today. We don't need Roseanne, and representation is part of the reason.

"History is a giant tease: it jerks around our hopes and assumptions, it ebbs and surges and doubles back on itself," Press writes in Stealing the Show. "The long arc of history may bend toward justice, but when you're living through a reactionary period, it feels as if progress were being forced treacherously backward. The fact that forces of repression are now emboldened and energized makes the need for a cacophony of diverse and unconventional voices on television even more vital and urgent."

Television shows may not be able to extinguish rape culture, and the showrunner's behind them may not be able to singlehanded fix the wage gap, but the fact remains: reflecting women's diverse experiences on screen, in part by giving them a voice behind the camera, can help inspire the changes to make those things a reality.

More like this
16 Novels That Paint A Realistic Portrait Of Abortion
By K.W. Colyard
'The Summer I Turned Pretty' Book Ending Is An Emotional Rollercoaster
By K.W. Colyard
The Most Powerful Photos From The Weekend’s Abortion Rights Protests
By Melanie Mignucci
Why You're Seeing Green Bandanas At Abortion Rights Protests
By Lexi Inks
Get Even More From Bustle — Sign Up For The Newsletter