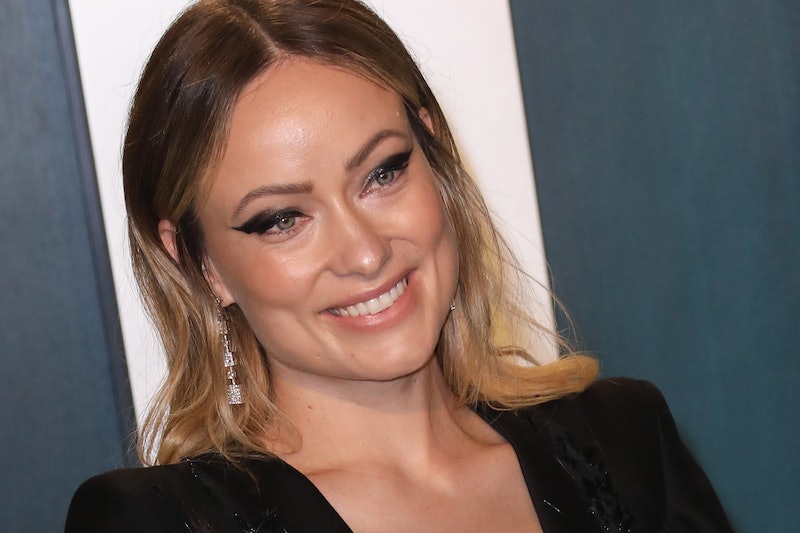 In honor of Women's History Month, as well as International Women's Day on March 8, Apple released a new video that places women (and their careers) front and center. Its latest "Behind the Mac" video is all about highlighting the women who are changing the world across virtually every industry, from the entertainment business to the feminist movement. And if that doesn't already make you want to watch it, the whole video is set to Beyonce's iconic song, "Flawless," which features the words of feminist author Chimamanda Ngozi Adichie.

The Behind the Mac campaign first debuted in June 2018 to showcase how Apple users pursue and accomplish their dreams with the Mac platform.

Some of the women featured in the video opened up about driving change and putting their own unique creativity to work. "Being a creative woman means being a liberated woman," actress and director Olivia Wilde, told Apple. "I’m free to invest in my dreams, no matter how outrageous, and take myself seriously as a creator.” Wilde recently directed the breakout comedy Booksmart, which depicts the adventures of two young women in their last few days of high school. "With the rise of female voices, this industry will begin to turn out content that reflects the 4 billion women on Earth whose stories have historically been told through a male perspective," she said.

Meanwhile, Tarana Burke, the founder of the original #MeToo Movement in 2006, talked about building the confidence to run with your own ideas and dreams. "Being a creative woman means not being afraid of my own ideas," she said to Apple. "I’m free to try new things, new ways and not feel like I’m boxed in to one of way of thinking or approaching life.” Burke went on to offer some words of wisdom to other fellow creators. "Your brand of creativity is yours to own," she said. "Don’t be afraid that you’ve made a mistake as it grows and changes.”

Gloria Steinem, a feminist, journalist, and social political activist, said of her own creative impulses, "Being a creative woman means coming as close as possible to expressing the unique talents and voice that are within each of us." She praised Mac for providing a platform for women to connect with each other. "This is especially crucial in countries, cultures and religions that restrict the mobility of women," she added to Apple. "There is a huge element of safety here.”

And Lilly Singh, a Canadian YouTuber, comedian, and talk show host, offered a call to action for women around the world: ""Don't be the next great someone else. Be the first great you. We need your voice.”

Apple's other initiatives for the month include a "She Creates" series, which features women-led sessions at Apple locations around the world for the month of March. Specifically, "She Creates" gives you the option to "learn from inspiring female creators, share ideas with others, and explore new perspectives in hands-on sessions using iPad, iPhone, and Mac," per Apple.