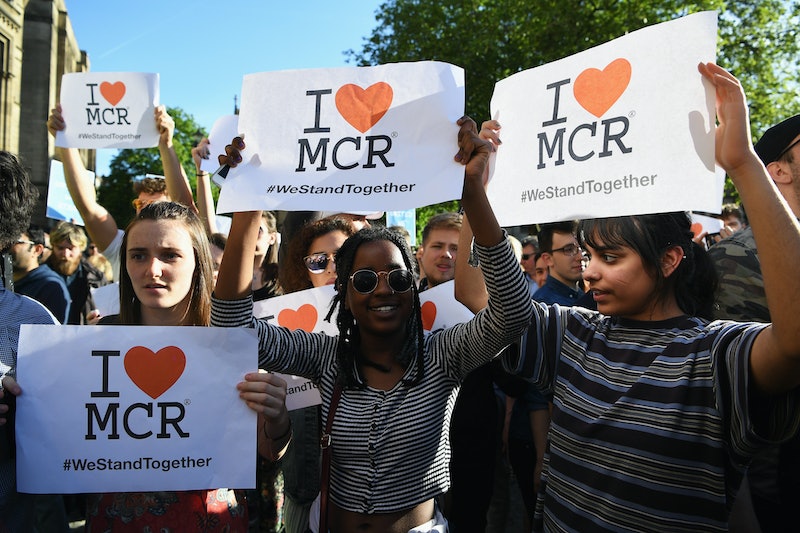 Whenever terrorists launch an attack on innocent civilians, it is an act of profound hate — they attack the places where the people they despise find joy. That's true whether it's a nightclub for gay men in Orlando, or journalists making satirical jokes at Charlie Hebdo. Yesterday, their attack was on young children at an Ariana Grande concert.

Twenty-two people were killed; 59 were injured. The first victim identified was an 18-year-old college student. One victim was only eight years old.

Overwhelmingly, the attendees at an Ariana Grande concert would be female. Her songs are about female freedom and making your own choices, sexual or otherwise — exactly the values that ISIS most despises.

Look at the lyrics from "Dangerous Woman" that proclaim:

Don't need permission / Made my decision to test my limits / 'Cause it's my business, God as my witness

That's the polar opposite of the values of a group that uses women as sex slaves and shows up to girls' schools with face veils and robes for them to wear. As Iraqi human right activist Hanaa Edwer told the Associated Press in 2014:

The idea of celebrating female freedom and power is something that ISIS (and even some people in the United States) cannot abide. When terrorists carry out violent actions like this, they hope to make young women more submissive and more fearful. They may not be able to turn them into chattel, but they can make them think twice about going out and joyfully celebrating their freedoms.

But they underestimate how strong these women already are.

The responses to the attack by the women at the concert weren't ones of hate or fear — they were ones of love and bravery. We saw that when Ariana Grande's mother reportedly rushed fans to safety backstage. We saw it when aunts shielded their nieces with their bodies. We saw it from hundreds of outsiders, too, who offered rooms and taxi rides and even "a cup of tea" to concertgoers under the hashtag #RoomsForManchester. We saw it in hundreds of retweets as people searched for their missing friends and daughters.

"When terrorists carry out violent actions like this, they hope to make young women more submissive and more fearful."

And perhaps we saw the most resilience from the young people who sent messages on Twitter to Ariana Grande, who has said she felt broken and sorry, reassuring the singer that this horrific attack was not her fault. The girls who witnessed this event aren't going to stop loving Ariana Grande, or her music, or what her music represents. Perhaps that's because they grew up with singers like Ariana Grande telling them that they don't have to be afraid. This is, after all, a performer who broadcasts the message "Not asking for it" at her shows.

This is the generation where hundreds of thousands of young women and their allies marched for equal rights at the Women's March. They're not going to be intimidated by the retrograde ideas of a group of monsters.

If we're lucky, perhaps what we can take away from this horrible tragedy is to emulate the values of these resilient young people, not the values that terrorists would thrust upon them. If we can pray for anything, I hope we pray that the young women at the concert will know that they can live in the world that the best of Ariana Grande's music depicts — a world where women are unafraid. Fear should never take the place of that, because, as we saw last night, bravery and compassion are what make us great.