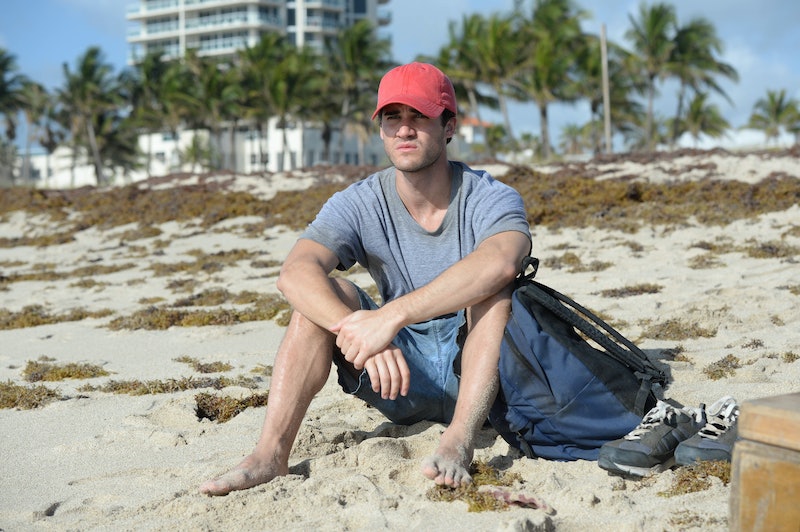 In its first season, American Crime Story proved that it had just as much to say about the country as it did about OJ Simpson. The Assassination of Gianni Versace: American Crime Story (executive producer: Nina Jacobson)is following in the footsteps of its predecessor not just by dramatizing the events leading to Gianni Versace's fatal shooting by Andrew Cunanan, but by examining how that crime is reflective of American culture. The Andrew Cunanan HIV rumors that seem to have informed the series may seem like just one detail in a complicated and sensational case, but they are also a case study in how the media reported news about HIV and AIDS in the 20th century.

Where The People Vs. O.J. Simpson was interested in racism, sexism, and celebrity, The Assassination of Gianni Versace (writer: Maureen Orth) is interested in exploring the complexity of being a gay man in the late '90s. The show bears Versace's name, but also dramatizes the life of Cunanan, and depicts some of the men he encountered and allegedly killed before shooting the famous designer. ABC News reported on FBI files released about Cunanan, which included what the agency seemed to believe was a likely motive. Per the files, Cunanan had not been tested for HIV before his death, but feared the disease and had gotten information from a counselor. He reportedly told friends, "If I had AIDS or if someone did that to me I would go on a five-state killing spree and take everyone with me I could."

While HIV and AIDS are not exclusive to the gay community, the stigma falls disproportionately on gay men. As Avert.org explains, AIDS was initially called "Gay-Related Immune Deficiency." The fear and many misconceptions about the disease may have been a driving force for Cunanan. Time reported that all of Cunanan's older, wealthy lovers who subsidized his lifestyle had severed ties by the time his alleged spree began and that he had recently gained weight. Those developments could be tied to his intense fear of the virus.

The matter of Cunanan's relationship with the disease was such a topic of concern that it was considered news when it was discovered during his autopsy (Cunanan took his own life several days after Versace's death) that he was actually HIV-negative, per The Associated Press. The 1997 report suggested, "The revelation undermines speculation that Cunanan's rampage may have been triggered by his belief that he was infected with the virus." However, it doesn't discount that speculation completely, since comments Cunanan reportedly made to friends paint a picture of someone obsessed with the idea of it.

A positive diagnosis did not directly motivate Cunanan to allegedly kill five people, but the mass amounts of misinformation and anxiety related to the disease is felt throughout American Crime Story. As People reported, the book Vulgar Favors by Maureen Orth, which serves as the basis for the second season of American Crime Story, made headlines by suggesting that Versace himself was seceretly living with the AIDS virus. (This assertion has never been proven, and the Versace family vehemently disputes this suggestion.) The stigma around the disease is felt by the men that Cunanan encounters, as many people looked at the disease as a death sentence in 1997. And the idea that the disease touched people in the orbit of both a drifter and one of the most famous men in fashion is indicative of the epidemic that it was.

Cunanan's motive for the spree has been the subject of speculation for 20 years. There are few definitive answers to be found when asking why Cunanan did what he did, but the answer is likely far more complicated than his reported dread of HIV/AIDs.