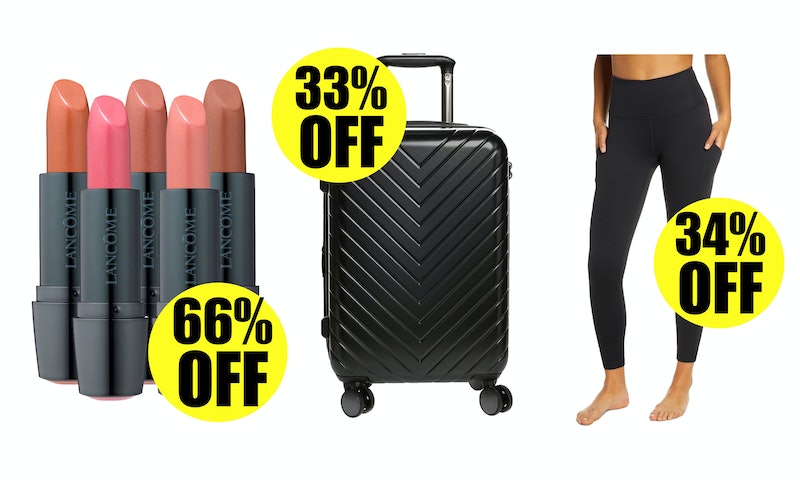 If you went as hard as most Americans did on Prime Day, you're probably feeling some major shopping fatigue right about by now. But, starting July 19, Nordstrom's Anniversary Sale — the retailer's biggest sale of the year — is in full effect and the deals are too good to miss. From now until August 4, you can score designer brands at a major discount, across almost all categories, from apparel and shoes to beauty and home.

Unlike some other mid-summer sales events that are just trying to clear out summer apparel, the Nordstrom Anniversary Sale has new arrivals on sale, and let's just say the selection is good. Expect to see brands like Vince, Nike, Spanx, and more. And if you're looking to update your makeup bag, you'll also find beauty staples like Lancôme, Stila, Sunday Riley, and Trish McEvoy marked down. For home and beyond, you can nab deals from Anthropologie, Missoni, Pendleton, and Tumi, to name a few.

With that in mind, get your credit card ready for another workout! The deals below are too irresistible to pass up.