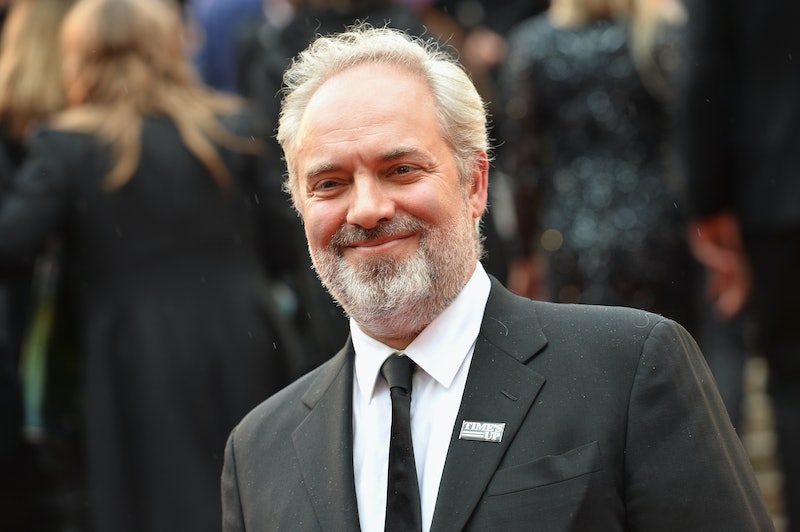 Sam Mendes, the man behind American Beauty, Skyfall, and Spectre has a new film on the way, and it boasts one helluva cast. In fact, Mendes' World War I-based epic, 1917, will feature some true British acting royalty. Yes, that's right, it's just been announced that the likes of Benedict Cumberbatch, Richard Madden, and Colin Firth will be joining the cast of 1917, among many more of your absolute faves. You're going to be hearing a lot more about 1917 in the upcoming months, so you may as well start getting excited right now.

As Den of Geek reported back in June 2018, Mendes will be teaming up with Steven Spielberg to create his first big blockbuster film since Spectre. Den of Geek also revealed that 1917 will earn Mendes his first ever screenwriting credit.

Initially, the only fact revealed about the film was that it would be set in WWI (presumably in the year 1917, one of the war's grizzliest years). However, there have since been a lot more scoops for movie buffs to sink their teeth into. Especially if they're fans of of BBC's Sherlock (and, really, who isnt'?). If you loved watched the cat-and-mouse game unfold between Sherlock (Benedict Cumberbatch) and Jim Moriarty (Andrew Scott) during the TV series, then this may well be your dream cast.

While he's recently come to be known as the sexy priest from Fleabag season two, Scott's Moriarty performance was the thing that shot him to fame. And now he'll be joining Cumberbatch in 1917, as Deadline reported on Thursday March 28, and it'll be a reunion that's sure to get any Sherlock head giddy. And, as if that wasn't enough, joining this already stellar cast will be ye olde faithful Colin Firth, as well as your favourite bodyguard Richard Madden.

As Variety reports, the film will centre on the story of two young soldiers, played by Captain Fantastic's George MacKay, and Game of Thrones' Dean Charles-Chapman, as it charts all the action of just a single day during WWI.

As Digital Spy reports, filming is set to begin on April 1, and it'll take place in several locations across Scotland and England. The film's team are reportedly aiming for a Christmas Day release in the US, according to Digital Spy, with a UK release coming a couple weeks later on January 10, 2020.

As Variety writes, this filming schedule means that the 1917's timings will make it eligible for awards season, and, knowing Mendes, this film could be a real contender for an Oscar. His debut film American Beauty took home a total of five Oscars in 1999, and set the standard for Mendes' illustrious career.

It's time to get ahead of the crowd. Soon enough, 1917 is going to be all anyone's going to be talking about. And really, who can blame them?