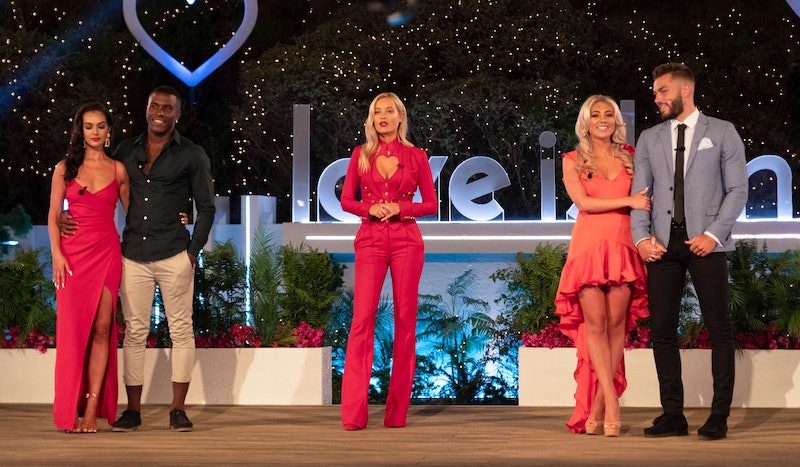 The ink has barely dried on that £50,000 cheque and yet Winter Love Island is already a distant memory. What's not dry yet, however, are the tears of Luke T and Siânnise fans, who remain confused as to how their cosseted prince and princess didn't bag that prize. However the final 2020 Winter Love Island voting figures show that it was neck and neck between first and second place, right to the finish line.

The Evening Standard reports that the difference between the voting figures for winners Finn and Paige and their competitors was utterly minuscule. And when I say minuscule — I mean less than one percent.

Finn and Paige won with 44.52% of the vote and the runners up Luke T and Siânnise got 43.61%, proving what most viewers suspected: that it was a two horse race. Demi and Luke M came third with 9.62%. Fourth place finalists Jess and Ched got the smallest percentage with 2.25%.

I demand a recount! OK, just kidding, but guys, I can't get over how close it was.

Winners aside, there's no denying that there was a heck of a lot of love in that final – and it appears that things are ticking along nicely in the outside world too. Finn and Paige are busy trying to find a middle ground between their hometowns, which they told The Sun is likely to be Manchester. Paige even drove fans bonkers when she made a joke on her Instagram account about Leap Day and proposing.

Luke T and Siânnise are also trying to figure out their ideal halfway location between Bristol and Luton so they can get on with cohabiting, getting a herd of dogs, and even having their own brood.

Whether you're happy with who won Love Island or not, it's clear that all four couples appear to have left the villa with what they went in for: love.