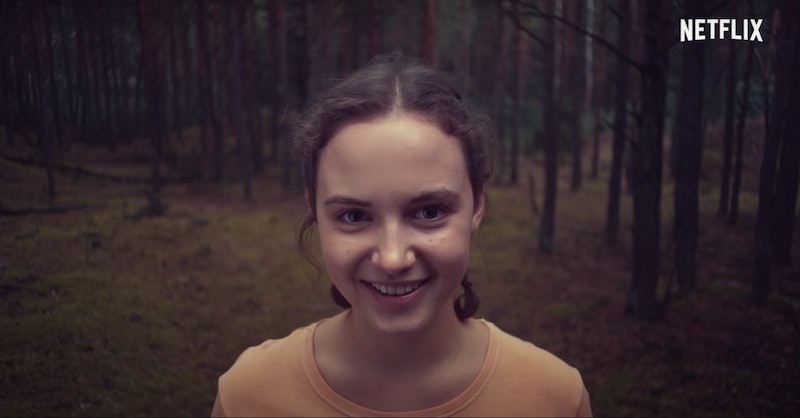 Netflix is no stranger to the work of Harlan Coben. The streaming platform has featured four of the writer's books-turned-miniseries and the latest is The Woods — a tale of a detective haunted by his missing sister who disappeared on a camping trip 25 years earlier. It's a thrilling ride and one that will leave fans wondering, will The Woods return for Season 2?

The last Coben adaptation on Netflix was The Stranger, which followed protagonist Adam Price on a quest to discover the truth about the people closest to him. When speaking about The Stranger, Coben revealed his thoughts on releasing followup seasons to his mini-series'. "Part of the deal I make with the viewer is you get all the answers — it’s a full novel," Coben told Variety when asked about the possibility of a second season of The Stranger. And this one and done approach will also be the case for The Woods.

The Woods focuses on Paweł Kopiński, a former Warsaw officer turned now prosecutor, who's still shaken by the disappearance of his sister 25 years earlier. She and three other campers walked into the woods on a summer holiday, and none came out. Two bodies were initially found, but with the discovery of a third victim all these years later, Kopiński's hope his sister might still be alive is rekindled. Of course there's family secrets and danger lingering just below the surface, a common Coben theme.

And while you'll only get one season of The Woods, there's another Coben series' on the horizon. Next up is El Inocente, an eight-part series centers on Mateo an ex-convict whose wife (Olivia) is pregnant and together they're about to close on the house of their dreams. But after Olivia receives a mystery call, Mateo's life is destroyed for a second time. While the release date has yet to be announced, fans can expect the show later this year.