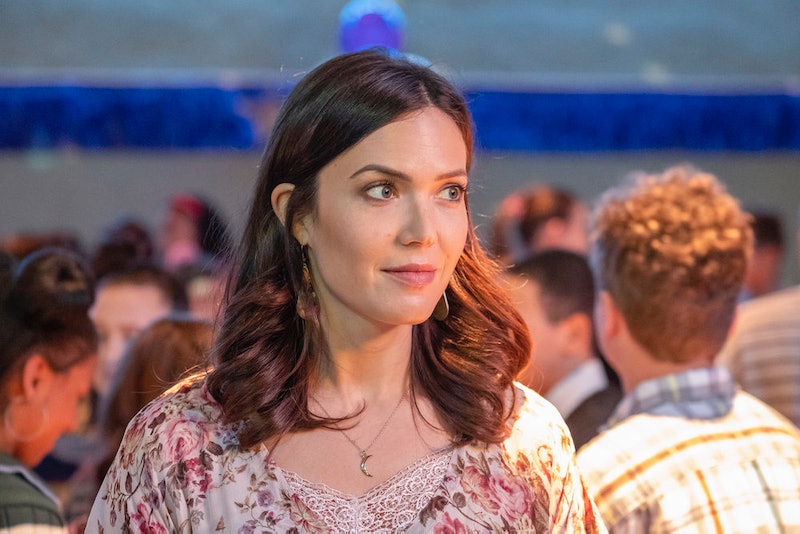 This Is Us' Season 3 finale is almost here, but fans are already looking ahead to Season 4. And it sounds like the next set of episodes will have plenty of surprises in store. Rebecca's dad will be in This Is Us' fourth season, show creator Dan Fogelman revealed at a Paleyfest panel on Sunday, March 24, according to Variety. Fans have never met Rebecca's dad before, and have yet to find out what her relationship with him was like, so it should add a new layer to the Pearson family's timeline.

Variety reported that Fogelman promised that Rebecca's father will "be a prominent part of the show." There's no telling who will play him just yet, but seeing that relationship could help fans understand some of the decisions Rebecca's made over the years.

It's safe to guess that Rebecca's dad will appear in flashbacks, not in the current timeline in which the character is a grandmother. This Is Us has shown some of Rebecca's past interactions with her mom, Janet, and the two of them didn't always get along. Janet showed some racist tendencies while visiting the Pearson family, for example, and Rebecca eventually gained the courage to stand up to her mom and denounce the behavior. Rebecca's dad wasn't visiting the family with Janet, though, so her parents could have been divorced by that time, or he might have already passed away.

As for Rebecca's past, Moore said at the Paleyfest event that she wanted This Is Us to show more of her character's early relationship with Jack, and how they got engaged, Entertainment Tonight reported. "I'd like to see the early Jack and Rebecca courtship days," Moore said at the panel, according to ET. "How do they get engaged? There's a chunk of time we haven't explored." Showing what her dad thought of Jack, at least at first, could be a great way to introduce his character into the show.

Fogelman also shared some insight into the upcoming Season 3 finale, which will air on April 2. It sounds like some of fans' burning questions about the characters will be answered, including whether or not Randall and Beth's marriage will weather their recent disagreements.

"Obviously there's a tremendous amount of attention on Randall and Beth's storyline. There will be an answer there in terms of the long-term health of their relationship," Fogelman said at the Paleyfest panel, according to Variety. "We have all of our storylines building to that in the last episode. It's kind of gigantic. The last five minutes of the episode are sprawling."

The This Is Us universe has expanded over the years to include more and more family members, like Janet and Beth's cousin Zoe. But the news about Rebecca's dad shows how much more there still is to explore for its characters. Family interactions and relationships are a huge factor in who people will become, as the show has demonstrated. And for fans, the chance to know more about Rebecca's relationship with her dad also means the chance to shed more light on who she is, even later in her life.

More like this
Nicola Coughlan Shared A Lady Whistledown Excerpt From ‘Bridgerton’ Season 3
By Grace Wehniainen, Alyssa Lapid and Sam Ramsden
The 'Bachelor In Paradise' Schedule Shifts To 4 Hours Every Week After The Season 8 Premiere
By Brad Witter
Are Brandon & Serene Still Together After 'Bachelor In Paradise'?
By Kadin Burnett
Everything You Need To Know About ‘Black Panther: Wakanda Forever’
By Bustle Editors
Get Even More From Bustle — Sign Up For The Newsletter