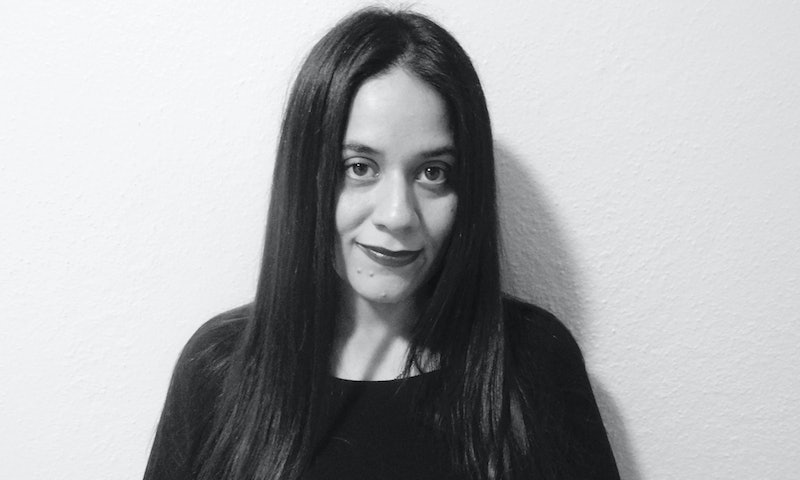 Tina Vasquez is a senior reporter at Rewire.News, covering immigration. For over 10 years, her reporting has focused on intersectional feminism, racial justice, and immigration. That's why she's included in this special edition of Bustle's Must Follow, in which we highlight the incredible Latinx voices you need to follow on Instagram and Twitter.

“I'm a queer, Latina journalist born and raised in Downey, California, and I cover immigration for Rewire.News.”

“The injustices and abuses in the immigration system — that many Americans are just beginning to wake up to — are not specific to one administration or one party. I hope my social media (and my reporting) helps people better understand that the U.S. immigration system is inherently racist, dehumanizing, and deadly.”

“I've never felt like I'm a voice for the Latinx community. What I will say is that I do feel the importance of being a Latina immigration reporter who is also the daughter of a Mexican immigrant. I feel an overwhelming responsibility to my community to get these stories right, and to also help Latinx communities see that immigration enforcement, detention, and deportation impact a wide swath of people of color who are not Latinx. I'm grateful for the platform I have, where I can highlight how immigration intersects with feminism, reproductive justice, racial justice, and LGBTQ rights.”

“Julio Salgado, an incredibly talented queer, undocumented artist (and my best friend) whose work centers UndocuQueer communities. He's not so good at Twitter, but his Instagram is fire — it's where he posts his new work and shares his adventures traveling across the country as a working artist and gay bar connoisseur.”