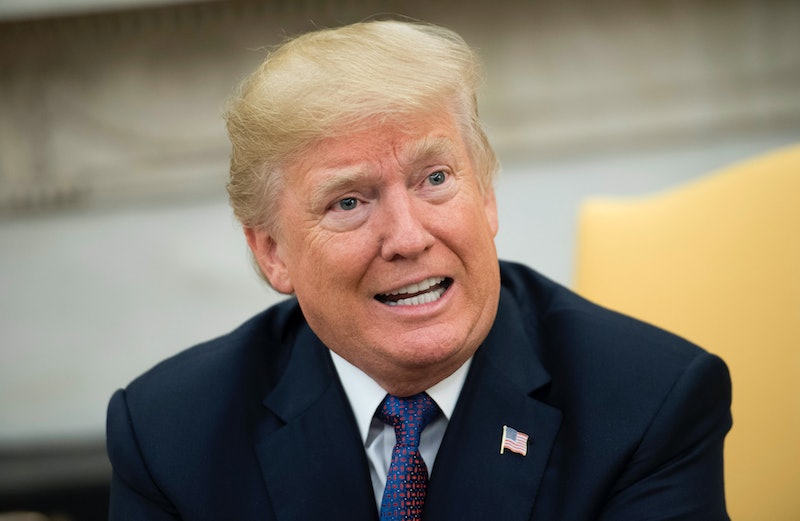 On Thursday, President Trump claimed that he's "taken better care of Puerto Rico than any man ever," and that "the people of Puerto Rico understand" this. But Trump's comments on Puerto Rico are backed up neither by his actions nor public opinion polls of Puerto Ricans, which show that they strongly disapprove of his policies toward the U.S. territory.

"Puerto Rico has been taken care of better by Donald Trump than by any living human being," Trump said on Thursday, referring to himself in the third person. "And I think the people of Puerto Rico understand it."

Hurricane Maria was the deadliest natural disaster in the United States in more than a century, according to NBC News, with 2,975 people losing their lives during the storm and its aftermath. Maria caused the largest blackout in American history, according to Vox, knocking down 80 percent of power lines on the island. CNN reported that it took 11 months to fully restore power to the island.

However, Trump has faced widespread condemnation for his handling of the disaster, for a variety of reasons. Most recently, the president came out against more relief funds to the U.S. territory. According to Republican Sen. Marco Rubio, Trump said in a closed-door meeting with Republicans that the amount of aid Puerto Rico has received from the federal government "is way out of proportion to what Texas and Florida and others have gotten." An additional aid package recently cleared the Senate by a 90-10 vote, but the White House said Wednesday that Trump won't support it.

After Maria hit, Trump largely blamed local Puerto Rican officials for the storm's effects, accusing "inept politicians" of trying to embezzle relief funds (there is no evidence of this happening) and calling San Juan Mayor Yulín Cruz "totally incompetent." Moreover, Trump flatly denies that nearly 3,000 Americans died in the hurricane, insisting that the independently-confirmed death toll was "done by the Democrats in order to make [him] look as bad as possible." The president also said at a press conference that Hurricane Maria was not "a real catastrophe, like [Hurricane] Katrina."

A September 2018 poll by the Kaiser Family Foundation found that the majority of Puerto Ricans — 52 percent — believe that Trump has done a "poor" job helping the island recover from Hurricane Maria. A third of respondents said that he did a "fair" job, while only 15 percent gave him positive marks for his response to the hurricane.

On Thursday, Trump again blamed Puerto Rican officials for the storm's disastrous effects. "They don’t know how to spend money, and they are not spending it wisely," the president said, according to Politico.

In response to Trump's criticisms, Cruz said they're evidence that the president "cannot lead," CNN reports, and that "when faced with a devastating human crisis, Trump augmented it because he made it about himself, not about saving our lives." When asked about Trump's comments by CNN, Puerto Rico Gov. Ricardo Rosselló simply said, "If the bully gets close, I'll punch the bully in the mouth."