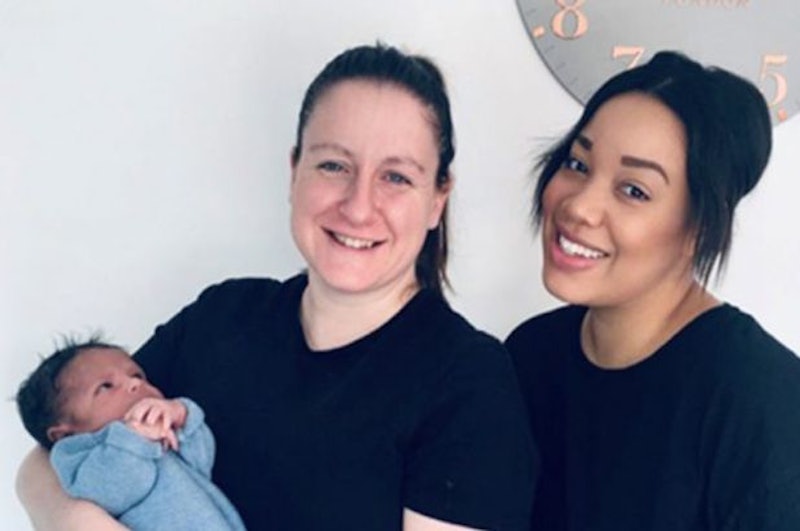 Monumental progress has been made in fertility technology and treatments over the last decade. In Vitro Fertilisation helps tens of thousands of couples who are struggling to conceive across the UK, but one British couple has taken the next step. Two women have become the first to carry the same baby as part of a breakthrough shared motherhood procedure.

Jasmine and Donna Francis-Smith from Essex had their baby, Otis, two months ago. Using groundbreaking IVF technology, an egg was taken from Donna and once fertilised, the resulting embryo was incubated in her womb, reports the Independent. It was then transferred to her partner Jasmine's womb and she gave birth to Otis.

The procedure is called AneVivo and has been developed at the London Women’s Clinic. The fertilised egg from the biological mother is placed inside a mini capsule and put in her womb to incubate. The egg is then moved to the gestational mother to carry until the baby is ready to be born.

Speaking to the Telegraph about their experience Donna said, “you get a lot of same-sex couples where one person is doing the whole thing, and the one person is getting pregnant and giving birth, whereas with this we’re both involved in a massive way.” She continued:

“It’s definitely brought us closer together emotionally. We’re a close couple anyway but we both have a special bond with Otis as well which was helped by the way we’ve done it.”

During standard IVF treatment one partner will carry and birth the baby and Jasmine explained, “the procedure really made me and Donna feel quite equal in the whole process and has emotionally brought us closer together. Now with baby Otis born safe and well, we feel a true family. If we had to go through the process again there is nothing we would change.”

According to research conducted by the Human Fertilisation & Embryology Authority (HFEA), there was a 12 percent increase in female same-sex couples seeking IVF between 2016 and 2017. While the majority of people seeking fertility treatment were in heterosexual couples, 5.9 percent of the people seeking fertility treatment had a female partner. The London Women’s Clinic explains that it’s essential that the egg is first incubated by the biological mother so the embryo can get all the necessary nutrients before being transferred to the birth mother to carry to term.

Speaking to the Independent about the break through procedure Dr Kamal Ahuja, managing and scientific director of London Women’s Clinic said “London Women’s Clinic has been in the forefront of fertility treatment since 1985 and it’s our great pleasure to report the first birth in the world with Shared Motherhood using Anecova’s groundbreaking technology for In Vivo Natural Fertilisation.”