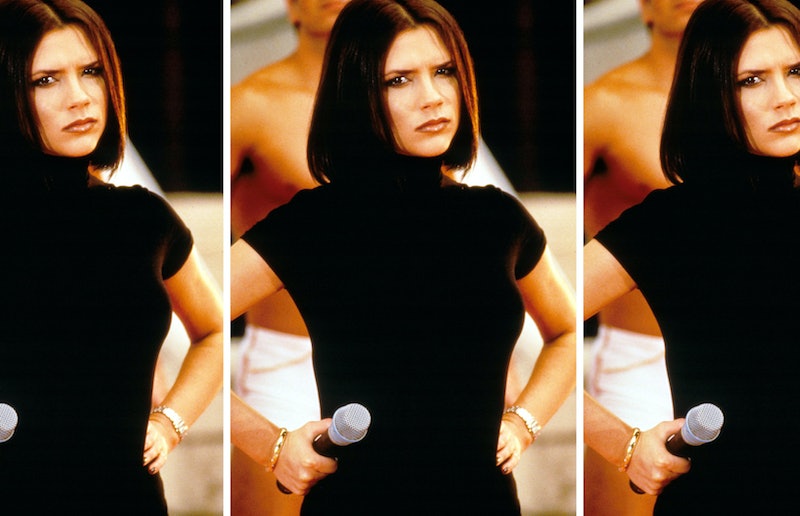 The Beckham's have been one of Britain's most envied families since the early noughties. Pop royalty and sporting greatness merged to create one of the most powerful dynasties in all the land. They've really lived a life of extreme luxury, attending the best events, gracing the front row of fashion shows, and, of course, their incredible family holidays. Their most recent trip has been no different, but this time the Beckham's are partying on holiday with Elton John and his family. Oh, to be a Beckham.

The matriarch of the Beckham clan VB has been documenting the latest Beckham holiday on her Instagram and, quite frankly, it looks like they're having the time of their lives. According to The Mirror, the Beckhams and their brood were invited to spend time with Elton John and David Furnish on their super yacht. I mean it's great to have friends in high places, right?

John and the Beckhams have had a seemingly close relationship for some time now and Hello! Magazine reports that Elton John is in fact Romeo Beckham's godfather. As godfathers go, having the Rocketman as yours isn't too bad. So really it's no wonder that John and his family invited the Beckham's to holiday on the super yacht.

VB is famous for her reserved demeanour, but she really let loose on this holiday. In a clip on her Instagram, she is seen singing along to Guilty by Barbra Streisand with David Furnish filling in for Barry Gibb of course. In her stories, the caption was "beyond obsessed with Barbra Streisand and loving my Barry Gibb. Kisses." This performance came complete with a few dance moves, so I'm glad to see she hasn't left her days of performing behind her. Fingers crossed Posh Spice makes a come back.

VB also took to Instagram to post what could arguably be the best photo of David Beckham ever taken. In the photo it's clear that John's signature Rocketman style has rubbed off on Beckham. He's pictured wearing a patterned shirt paired with what looks like a pair of John's bejewelled sunglasses. VB captioned the photo "this is everything" and, to be honest, she's not wrong.

David got his own back though, and on his Instagram stories he playfully teased Victoria for her signature fashionista style. In the photo she can be seen wearing a white halterneck maxi dress with the caption "I mean come on really. Boat wear. Victoria Beckham style." Come on David, she's a style icon and runs a fashion empire right, so personally I wouldn't expect anything less from her.

The Beckhams have pro the are more in love than ever with The Sun sharing snaps of the couple kissing on the yacht. The newspaper's photos also show the other members of the Beckham gang enjoying their time in the sun, with David jumping into the sea with Harper. This could well be a belated anniversary trip with their children and friends. The Beckhams celebrated their 20th wedding anniversary in July, according to The Sun.