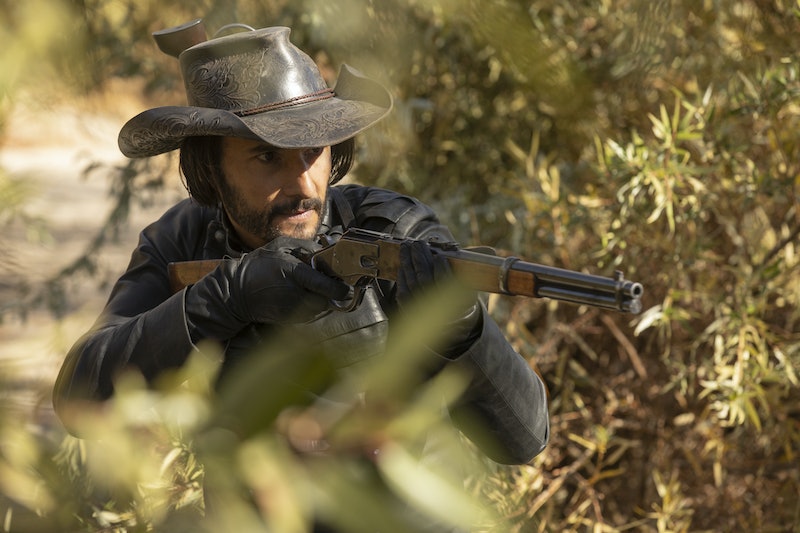 Death is rarely permanent in Westworld, especially when it comes to the hosts. Which is why what happened to Hector in Westworld Season 2 doesn't have much bearing on his role in Season 3. He may have died during the final, bloody battle, but we already know we'll see him again in some capacity.

Actor Rodrigo Santo confirmed to Entertainment Tonight last July that Hector would appear in Westworld Season 3, though he declined to elaborate. "I can't tell you anything!" he said. "You know the deal with Westworld."

How is it possible he could be alive? Well, Hector spent most of Season 2 with Maeve helping to find her daughter. Along the way, it was revealed that head Delos writer Lee Sizemore had programmed Hector to be an idealized version of himself, and to love only one person: Isabella, a woman Lee loved in real life but who broke his heart and left him. Instead, Hector fell for Maeve, illustrating that he'd grown beyond his programming and into a more independent (though not fully self-aware) being. This is also what led to his death: he was killed while helping Maeve stave off the Delos forces (and rewired hosts) so that her daughter could safely enter the Valley Beyond.

However, Maeve was also killed, and we saw her alive and well in Warworld in the Season 3 premiere, which means the same could be true for Hector. The first Season 3 trailer shows a man who looks like Hector sharing an intimate embrace with Maeve in the World War II-themed park. His hair and attire is different, but it's hard to imagine Maeve kissing anyone other than Hector so passionately.

The only question now is: is this the same Hector we've come to know? Has he been rebooted? Is someone else's consciousness inside of him? Now that we've gotten our first glimpse of Maeve, he — and the answers to those questions — shouldn't be too far behind.