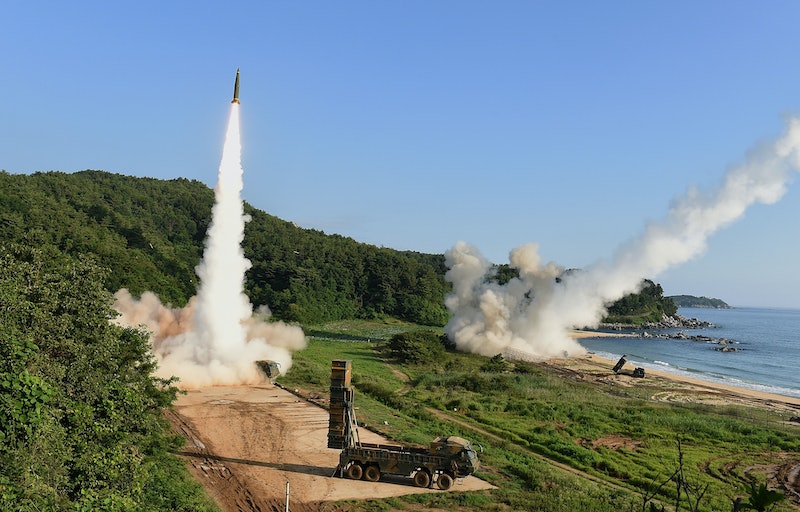 The BBC reports that this is the 14th missile fired by North Korea in 2017, in spite of a United Nations ban that specifically prohibited the country from doing so. In response to the July ramping-up of North Korea's missile tests, the Trump administration swore to use all of the resources at its disposal to stop the country from posing a threat to the United States. One of North Korea's missiles is alleged to be able to reach as far as Alaska.

Japan's cabinet secretary said to press Friday that the missile flew for about 45 minutes, according to Reuters. There are no immediate reports of damage; the missile is alleged to have landed in Japan's so-called economic zone — in other words, in Japan's territory, but in a large body of water.

The international community has grown increasingly concerned about North Korea's missile tests in the last several years. Tensions between North Korea and the United States in particular reached a fever pitch in June, when North Korea returned imprisoned American student Otto Warmbier in a comatose state. Warmbier died less than a week later.