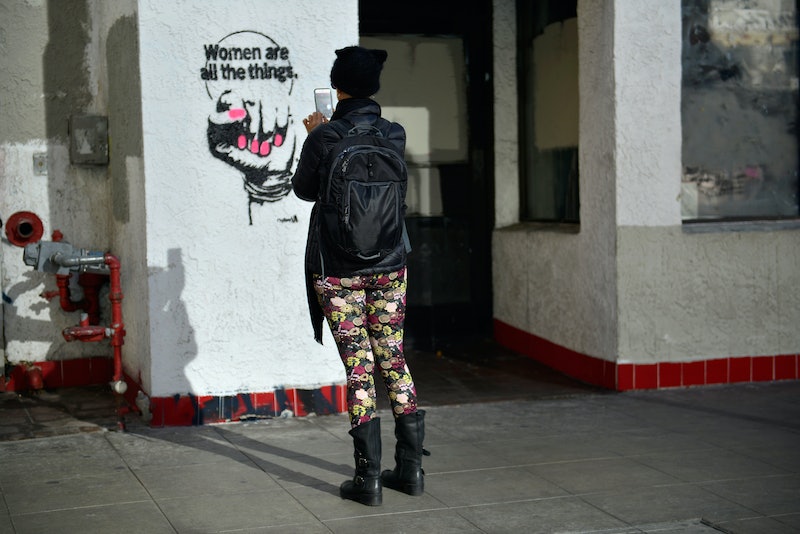 When I was very young, my grandfather told me that Black people had to work twice as hard to get half as far as White people. His stories about the racism he faced growing up in Memphis and even fighting in the Korean War — segregated facilities, getting spit on and chased — terrified me. But I always reasoned that I was growing up in a different place and time. I was different. The racial brutality of the past was dead.

I was naïve. And I was utterly unprepared for the racism and sexism that I would witness and experience as a professional who is both Black and female.

You probably have already heard the statistics about the myriad causes of the wage gap, and how it becomes even wider for marginalized women.

This is what it feels like to live those statistics.

Most Women Accept The Salary They're Given

When I received my first job offer, I had no idea how to negotiate a salary. Nor did I know that I was expected to negotiate. I was just happy that I finished a soul-crushing graduate program, was no longer welfare-eligible, and would be able to pay Sallie Mae back.

I didn’t want to seem greedy or unappreciative of the salary presented to me. I wanted my boss and coworkers to view me as hardworking, smart, and collaborative — the same attributes I hoped they would possess. Salary negotiation was unnecessary for me because we were all on an equal playing field — or so I thought.

At first, I didn’t notice anything out of the usual when it came to pay gaps or promotions. It took a while for things to begin adding up.

Though the number was small, only White men, White women, and Asian-American women were promoted, I noticed. I was baffled — these promotions came well before the three-year minimum I was told about. The people promoted were the least educated when it came to advanced degrees. But they were the closest friends to our male boss.

I rationalized that this had to be a coincidence. I was well-aware of the stereotype of the “angry Black woman,” and I wasn’t willing to risk being perceived that way by asking questions. I sat back and applauded my coworkers.

At one place I worked, our department sought to hire an associate. All of the candidates invited for the final round of interviews were White men, just like the hiring manager.

I was especially perplexed that the sole White woman in the department, who always came in early and stayed late, was not a candidate. Out of curiosity, I asked her why she wasn’t at that level, despite her years of experience and commitment to the company. She stared at me blankly and told me that her boss didn’t think it was the right time.

For women of color, watching Whiteness and maleness advance our colleagues is an out-of-body experience.

That's when things began to fall into place. I thought of the Latinas and Black men who had left the company before my arrival. They had possessed advanced degrees, and they either plateaued at entry level or took an extra-long time to advance.

At another workplace, I noticed that while many of the women in entry-level positions were racially diverse, only White women received promotions. I was close to one of the White women who received a promotion, and I was also well aware that a Latina coworker who strategically pursued a terminal degree and certifications received a change in title only.

I was genuinely happy for my friend, but felt a familiar pit in my stomach for my female colleagues of color. I suspected they were livid. But I also suspected they would most likely stay at the company, dig in their heels, and work harder, hoping that they would one day be valued like their White peers.

For women of color, watching Whiteness and maleness advance our colleagues is an out-of-body experience. We enter the company with eyes that shine bright. We work long hours. We make small talk at the water cooler because we know that this will make us look more relatable. But our names aren’t thrown in any hats for promotion. We clap our hands with empty celebration when someone else moves up. The ceiling hurts our heads.

So we lean in. We get more degrees. We join diversity committees. We take on more work. But somehow, we are still invisible. We persist, nevertheless, but we tire. Our eyes dull. We leave. We hope for better days, more equitable companies. We rinse the stain of invisibility, and we repeat.