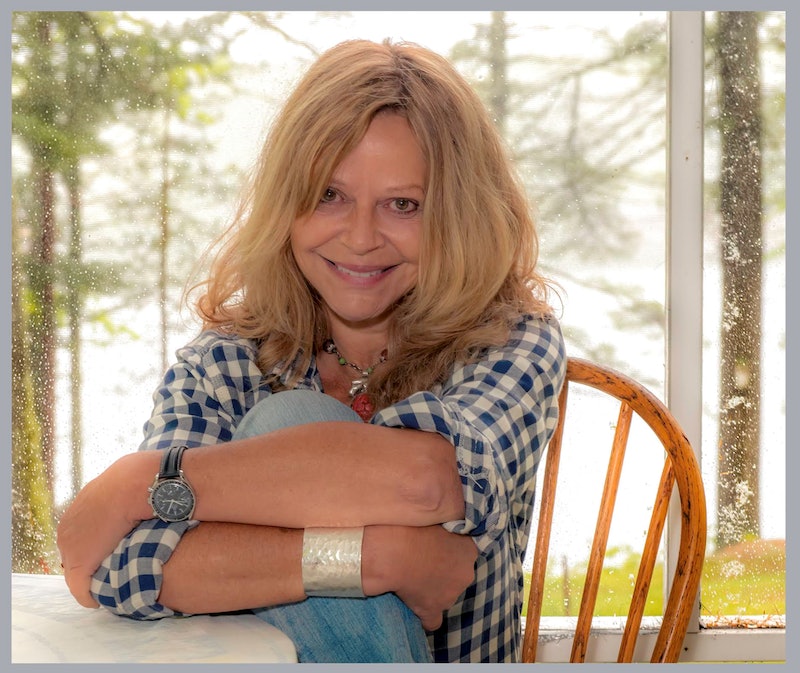 Me too. For days now, women of all ages have been posting those two words, testifying to having been harassed and sexually abused, often in situations in which a vast imbalance of power separated the abuser from the abused. The rarity is a woman who has not faced this experience.

It is striking that these women waited 10, 20, sometimes 40 years to talk about what happened, and to some (though not anyone who has experienced a violation) the fact that they are only now speaking about what took place long ago serves to call their testimony into question. We heard this about Anita Hill and Andrea Costand and so many others. “Why didn’t they say something sooner?”

From costly personal experience, I can offer plenty of reasons.

I was never a hopeful starlet looking to make a career in Hollywood. But I have been a young woman sought out by a powerful older man. And though the circumstances of my story differ greatly from those we’ve been reading over recent days involving the behavior of Harvey Weinstein, my story shares this with those of Weinstein’s victims: The man who pursued me enjoyed a position of apparent immunity from scrutiny. He was important and respected. I was…. not.

The event that launched my education in this topic occurred when I was 18 years old, the man in question, 53. I was a freshman at Yale who had published an article in the New York Times with my photograph on the cover of the magazine. He wrote me a letter to tell me I was a real writer, and that he would be my friend. The author of this letter, and the many irresistible missives that followed, was J.D. Salinger.

The man who pursued me enjoyed a position of apparent immunity from scrutiny. He was important and respected. I was…. not.

Picture a singularly inexperienced girl (a young writer, and, I will say this plainly: a virgin), opening an envelope to find, inside, a letter from Holden Caulfield (because that was the voice on those pages) expressing his affection and admiration and telling her that he and she are kindred spirits. Those words shot straight to the heart.

At Salinger’s urging, I left college — left the world, more or less — to be with him. I will state plainly: This was a choice I made, of my own volition, with as much understanding of the world as an 18-year-old may possess.

Once installed in that house, and fearing his displeasure more than all else, I read the books he told me to read, listened only to music from the 1940s, ate only raw food, adopted the view that publishing books was an act of ego I needed to get over.

That year I abandoned not simply my education but the goal of a career as a writer and the dream of living in New York City to which I had aspired. I finished what was supposed to be a book about my young life, the year I was with Salinger — but I did so knowing full well that it was forbidden to speak of him, and fearing, above all else, the judgement of the man who was, for me, the closest thing I ever had to a religion, I made no mention of Salinger.

I didn’t view the choice to be with Salinger as a move to further my career. Just the opposite. He hated it that I wrote, and urged me to give it up, and the girl I was then would have done that. The plan was that I would have a baby.

I believed we would be together always — though some decades later I would learn that even as I’d been imagining I was making my life with Jerry Salinger, he was sending letters to other girls, as he had for years, and would continue to do, for years after.

He hated it that I wrote, and urged me to give it up, and the girl I was then would have done that.

When he sent me away a year later, with two $50 bills and words of the most crushing contempt I had ever heard. I believed myself to have failed at the only thing that mattered: winning the approval of the great man.

I name two experiences of damage here — damage, and abuse. Equally painful as what happened when I was 18 is what took place when I was 44 — when, after maintaining silence about my time with Salinger for 25 years, I published a book that told what happened.

Viewed from the perspective of what’s happening now in the Weinstein Affair, the response to a my story might serve as a fairly strong indicator of where our culture stood back then concerning women who spoke the truth about painful sexual experiences with highly respected men.

At the time At Home in the World was published — in the fall of 1998 — virtually the entire literary world (and seemingly everyone for whom Catcher in the Rye remained the most sacred of books) responded with outrage, not simply about my memoir, but more so, towards me, with brutal personal attacks. Highly respected critics condemned me for violating the privacy of a man who had made it plain he wanted to be left alone. In the eyes of a vast majority of those who wrote about my story (and many did), I had exploited a great man.

Certain language came up again and again in reviews and articles about At Home in the World. I was portrayed as “a Lolita," “a leech woman," “a predator” — the adjectives chosen to describe my work: "shameless," "gynecological."Speaking of a veiled reference to forced oral sex that appeared in the memoir, one of my critics noted that I had a "big mouth."

Among my many failings, it was pointed out that Salinger’s book sales, not surprisingly, were a lot more impressive than mine — with the implication clear that professional success and achievement entitled a person to a different level of conduct. As evidence for why I should not be taken seriously, one critic seized on the fact that I wrote for women’s magazines. The author of that particular dissection of my life and work was a woman, by the way.

Then came the words that ultimately inspired me to carry on. Though at the point I published the memoir, I had published several books, including the novel To Die For, the book critic for a major national magazine concluded that since I had now unburdened myself of what was clearly the one story I had of any interest — the fact that long ago, I’d shared the bed of a famous man —readers could rest easy in the knowledge that "we won’t ever have to hear from Joyce Maynard again."

The book critic for a major national magazine concluded that since I had now unburdened myself of what was clearly the one story I had of any interest — the fact that long ago, I’d shared the bed of a famous man.

Cut to the present. I am 63 years old — the author of 16 books and perhaps a thousand essays. I would like to say things are different now. But 20 years after I published the story of that young experience, my chief identity remains, in the eyes of many, as that of the woman who slept with Salinger 45 years ago.

When my new memoir about the loss of my husband was published this fall — a book in which the name of J.D. Salinger is never mentioned — one prominent publication, in its review (ostensibly of my book but more so, of me, and written by a well known female critic) labeled me "The Queen of Oversharing."

Let’s consider that term, and what it implies. In my case, it would appear, "oversharing" refers to telling the truth about what happened to us, refusing adherence to a set of unwritten but longstanding rules suggesting that (for a woman, at least; these charges are seldom leveled at men) there is something not simply unseemly but reprehensible about speaking honestly about one’s sexual history, one’s body, the examination of one’s own imperfect self.

In my case, it would appear, "oversharing" refers to telling the truth about what happened to us.

Many of those same arbiters of culture and political correctness who eviscerated me for telling the story of what happened when I was young, with a man of great power, now express outrage at the years in which Hollywood turned a blind eye to the routine behavior of Harvey Weinstein towards young women in whom he took an interest. The actresses who have stepped forward at last with their stories are not labeled as “oversharers.” We may now speak the name of a powerful man and, in the same sentence, refer to his penis, without danger of being deemed inappropriately graphic.

But let us not suppose that the current flurry of justifiable approval for these women’s courage serves as indication that we have seen the last of the age-old tradition (frequently engaged in, with greatest zeal, by my fellow women) of condemning those who tell uncomfortable truths. I write these words as a woman still criticized and dismissed for the very form of behavior — speaking the truth about what happened to me at the hands of a powerful man — that we purport to condemn now.

If we have learned anything from the sordid tale of Harvey Weinstein, let it be that for women to come forward as his victims did — after decades of silence in which more and more crimes against others were perpetrated — we must create a culture that no longer shames women who tell the stories some prefer not to hear.

Joyce Maynard is the author of 16 books, including the novels To Die For and Labor Day (both adapted for film) and the memoir At Home in the World. Her most recent book is a memoir called The Best of Us.

More like this
Allie Rowbottom Will Have Her Feminism With A Side of Botox
By Samantha Leach
In Pop Culture, Female Journalists Are Finally The Main Character
By Jenny Singer
This Megachurch's Followers “Look Forward To” Their Leader’s Prison Release
By Brad Witter
Steve Banerjee's Wife Irene Sold The Chippendales Brand Prior To Her Death
By Brad Witter
Get Even More From Bustle — Sign Up For The Newsletter