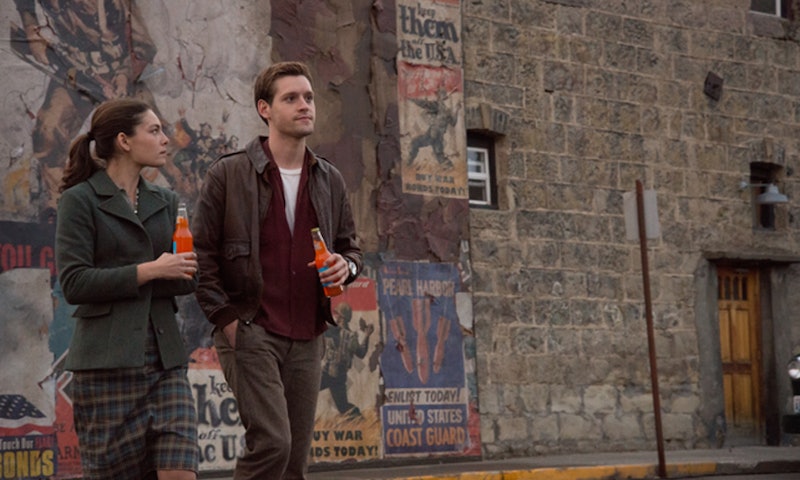 You'll be happy to know, the resistance is sticking around for a little while longer. Amazon announced that Season 4 was confirmed back in July, as reported by TV Line. While they might have struggled keeping a showrunner in place before, Season 3 was helmed by Eric Overmyer (Treme, The Affair), who will presumably stay in that role through the next season. According to The Hollywood Reporter, the original EP, Frank Spotnitz, stepped out partway through Season 2. After that, the production crew operated "like a republic," in the words of fellow EP David Zucker.

Despite all its issues behind the camera, Man in the High Castle's longevity shouldn't really come as a surprise when you take a look at how well its done for Amazon Prime's subscription numbers. Although Amazon doesn't reveal exact stats about viewership numbers, The Hollywood Reporter reported that the Season 2 premiere of Man in the High Castle was the most-watched premiere in the streaming service's history.

While the series might have had some trouble finding a stalwart leader to see it through the tough times, the work of Philip K. Dick, the author of the original novel that inspired the series, has provided more than enough direction to keep things afloat. In an interview with Flickering Myth, actor Jason O'Mara, who plays newcomer Wyatt Price, said that the work provides more than enough ideas to keep the show's writers busy, as screenwriters have been finding ways to adapt it since it first came out in 1962. "Every page [Dick's work] just drips with ideas — probably too many. There were so many ideas he didn’t even fully get to flesh them out. He was moving onto the next new idea. We’re dealing with a guy who carried this stuff around with him and was trying to find a way to work it out, and here we are 50 years, two shows [and multiple] movies later," Price said.

Rufus Sewell, who plays John Smith, also added in the interview with Flickering Myth that the central themes of Man in the High Castle have remained — and will remain — the same throughout the duration of the story. "It seems that his recurring theme is… what are we? What do we do to survive? How do people continue to exist? How do they rationalize their existence? How do they exist in the world? That’s what this show is about," he said. With all the material left to work with, expect Man In The High Castle to keep coming back for many more seasons.