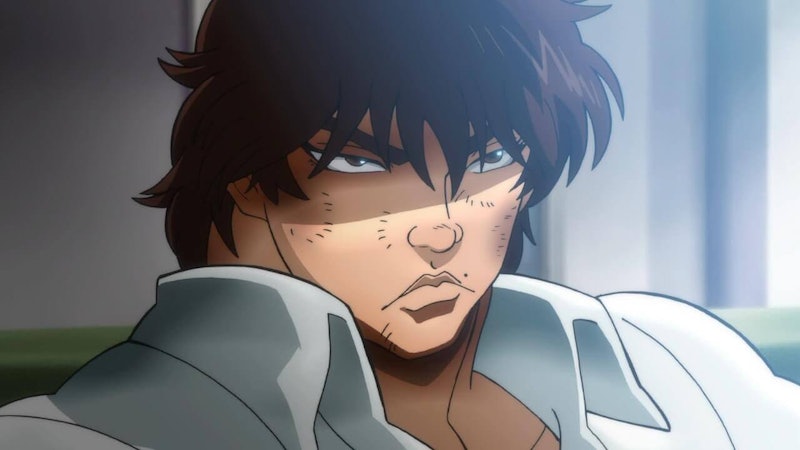 Fans needn't worry they'll be left dangling: the very fact a Part 3 exists means a Part 4 already does as well. In Japan, where the show originally aired, a single season of the series is usually 26 episodes. And when Netflix picks it up for distribution outside Japan, it often splits the single season into two parts. So it shouldn't be too long until we get the second part of this season, AKA Part 4.

For those unfamiliar with the show, here's the deal. Baki Hanma is a martial arts champion who's been training since childhood to surpass his legendary fighter father and become the world's greatest martial artist. In the first season, this attracts the attention of the world's most brutal death row inmates —who descend upon Tokyo to take him on.

So what's coming up this time around? So far Season 1 of the 2018 adaptation has followed the initial 2001 anime pretty closely (available on DVD for those interested). If the pattern continues, Season 2 will follow Baki into the Maximum Tournament, as he fights his way through the ranks to face off against his ultimate opponent: his own half-brother Jack Hanma. But all we can truly be sure of is there's plenty of blood and brawling ahead for Baki.

More like this
Netflix Shut Down 'Bridgerton' S3 Rumours About A “Very Dark” Storyline
By Bustle
Here’s Why Danny Masterson’s Hyde Isn’t In 'That '90s Show'
By Brad Witter
At 28, Debra Jo Rupp Was Living A Much Different '70s Show
By Grace Wehniainen
Everything To Know About A Potential 'Lockwood & Co.' Season 2
By Gretchen Smail
Get Even More From Bustle — Sign Up For The Newsletter
From hair trends to relationship advice, our daily newsletter has everything you need to sound like a person who’s on TikTok, even if you aren’t.