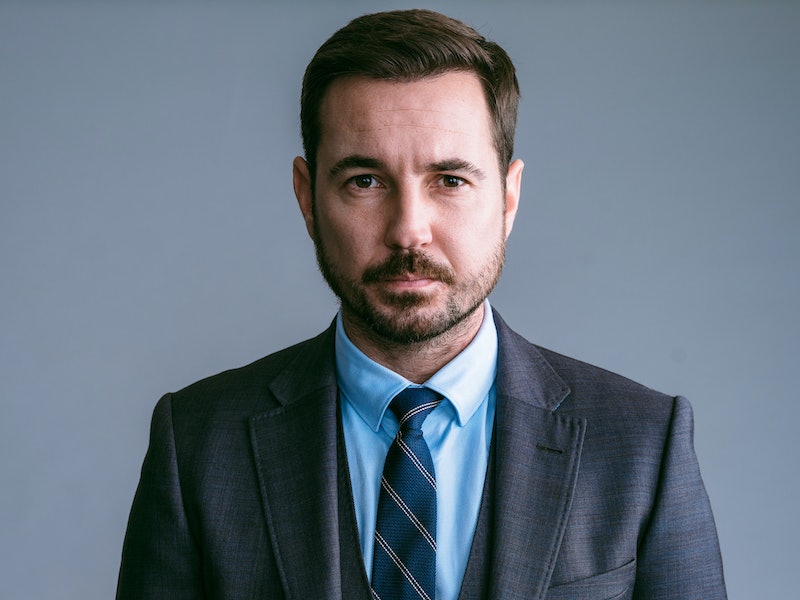 At the moment, the closest you'll get to filling the void that BBC One's incredible drama Bodyguard left is Line of Duty. The show also comes from the incredible mind of Bodyguard creator Jed Mercurio, and its fifth season is right around the corner. However, before your Sunday nights are spent glued to your couch, you might want to get to know the actors on the show a bit more before they're all you can spend your weekdays talking about. A particular standout on the show is the man who plays DS Steve Arnott, but who is Martin Compston?

With Line of Duty set to return on Sunday, March 31, Compston will be reprising his role as one of the show's leading men, and as you've seen from previous seasons, he's set to really get under your skin. While he's pretty much landed himself the TV jackpot, his route to acting success was a pretty unusual one. Way before there was ever a DS Steve Arnott, and before Compston ever auditioned for a role, he was once a professional footballer.

According to an interview with the Evening Express from May, 2017, the Inverclyde born actor signed professionally to Scottish team Greenock Morton straight after leaving school.

Compston's acting curveball came a few years later when he unwittingly auditioned for the lead role of Ken Loach's film Sweet Sixteen, having had no previous acting experience. "Loach, as it happens, has discovered his own authentic star: the non-professional teenager Martin Compston, who takes to the camera like a natural without ever appearing to be acting," The Guardian wrote, surrounding the film's release back in 2002.

Compston got immediate recognition for his performance as Liam, a young boy wishing to reconnect with his mother as she finished her prison term. From Sweet Sixteen, Compston went onto star in BBC One's drama Monarch of the Glen. He joined the show in 2003 for three seasons, according to his IMDB page, and he played Ewan Brodie, the show's brazen chef.

Other career highlights have included his role as Roy James in BBC One's 2013 two-part miniseries The Great Train Robbery, among countless other appearances for the BBC. While he's kept his filmography pretty lowkey since Sweet Sixteen, you might have got a glimpse of him alongside Saoirse Ronan in Mary Queen of Scots, where he played the Earl of Bothwell, and looked ultra dapper doing so.

When he's not onscreen, you'll probably find Compston tucked up at home alongside his adorable Staffy dog and wife Tianna Chanel Flynn, who's also an actress, and who you might have seen in How to Get Away with Murder. You're also pretty likely to see this typical lad down at the pub, as his Instagram indicates, or shouting about football, as per his Twitter. Either way, you won't want to miss him taking on the role as DS Steve Arnott, as Line of Duty returns to screens on Sunday, March 31. Now you've gotten to know him, it might just make you appreciate the show even more.