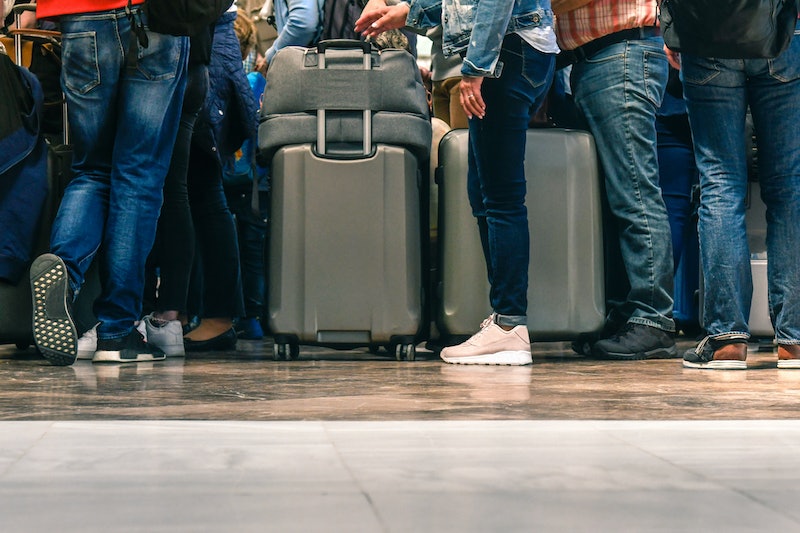 You probably hear a lot about spending too much time online, on your smartphone, your laptop, your computer at work. But if you've ever tried to call your insurance company or ventured out into the world to buy groceries, you also know the dreaded horrors of waiting in line. Because the uncertainty ⁠— logistical and existential ⁠— of waiting in line, of being stuck somewhere indefinitely in a state of limbo (you sort of have your groceries, but you sort of don't) can be terrible.

Today, we might hate being in line. But to trilobites, ancient arthropods, orderly lines formed community and safety in the midst of an environment that kept on changing, at least according to a new study. According to the French National Centre for Scientific Research (CNRS), the hard-shelled creatures might have prospered over 500 million years ago, but they still demonstrated collective behavior. Much like humans do in a crowded grocery store (whether you like it or not), trilobites formed orderly lines to keep themselves safe from chaotic conditions around them.

Humans need that same kind of support to get through daily activities like waiting in line too, according to a 2015 study published in the journal Cognitive Processing. The study found that even when you're doing benign activities like waiting in line, you are practicing and honing your spatial cognition skills (your ability to catalogue and process what's around you). Noticing what's around you and knowing how to react to it are crucial, especially for the study's participants, who were airplane pilots who needed those skills to keep their planes safely in the air.

And a 2019 study published in the Scandanavian Journal of Primary Health Care suggested that people don't mind waiting in line as much as you tend to think. When given the option to press a button to skip ahead in a medical telephone line, only about 3% of all callers utilized the option to prioritize their call over others'. So perhaps waiting in line can indeed be a trilobite-esque act of collective behavior where everyone gets a little bit of what they need. Even when people are physically waiting for emergency health care, a 2018 study published in the Journal of Emergency Medicine suggested, effective systems for waiting in line can reduce patient and doctor stress while literally saving lives.

Because waiting in line might be literally the worst, but it can also help keep you safe from surrounding chaos and get you exactly what you need to keep going. So it might be pretty cool to learn a little from trilobites' patience for using lines to protect each other and themselves when the outside world was too much to bear.

Chaou, CH. (2018) Traffic intensity of patients and physicians in the emergency department: A queueing approach for physician utilization. The Journal of Emergency Medicine, https://www.ncbi.nlm.nih.gov/pubmed/30253956.