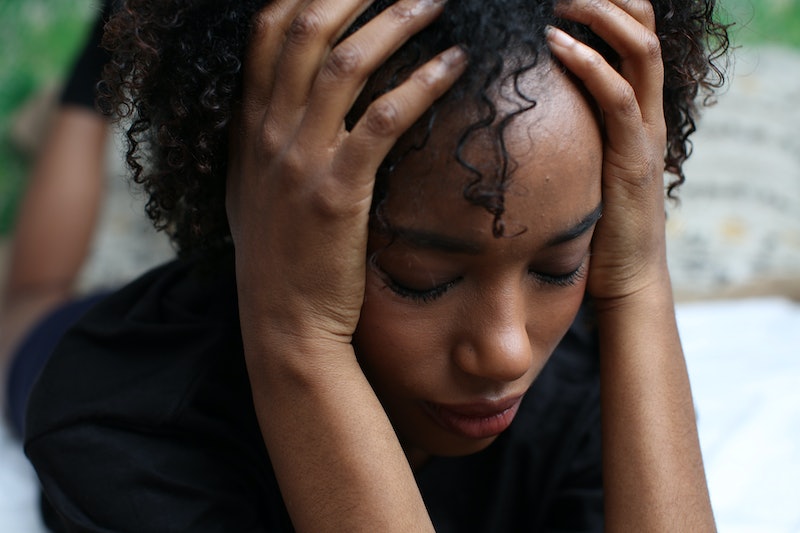 It's 2018, and yet women are still paid 79 cents for every dollar that a man earns. Women of color in the workplace face a double whammy: Black women make 62 cents to a white man's dollar, and Hispanic women 55 cents. It's so bad that women of color won't see equal pay in the workplace until the 23rd century, according to the Institute For Women's Policy Research.

One reason this hasn't changed: Often, women don't know they're being underpaid. If you don’t know you’re being snubbed, chances are you’re not going to bring it up. That means if you keep information about your salary to yourself, assuming that it's safe for you to discuss it, this hurts your co-workers — specifically women, and especially women of color. (An important note: The National Labor Relations Act mandates that all U.S. employees are able to discuss their wages and working conditions.)

When offering a candidate a salary, employers often lowball. If she doesn't have any information about the industry or company norms, a female candidate isn't equipped to adequately negotiate. Plus, when women are single and/or the primary breadwinner of their households, they're even more affected.

Certainly, sites like Glassdoor are providing women with more information they need to negotiate for the salary they deserve, but this doesn't solve the problem. This providing of information is entirely voluntary, after all, and employees may feel afraid of being "caught" by their employers. And when it comes to new roles without precedent, it's even harder to inform yourself about the industry-standard wage.

The only way that we'll achieve equal pay faster than literally hundreds of years in the future is if we help each other.

The only way that we'll achieve equal pay faster than literally hundreds of years in the future is if we help each other whenever we're able. When we don't allow employers to keep salary information quiet, we create a transparent environment in which everyone can assess their own wages and determine if they're being unpaid. When Jessica Chastain learned that Octavia Spencer and other WOC were being paid less money for the same work, Chastain teamed up with Spencer to demand five times Spencer's asking salary. And it worked.

If that seems like an enormous undertaking, don't worry — sharing your salary information can have much the same effect. If we work together wherever we can, employers will no longer be able to vary salaries based on gender, race, sexual orientation, nationality, or other factors.

Without equal pay for everybody in the workplace, we can't consider ourselves a truly equal society. It's time for us, as a group, to close this gap. You can do that in your everyday life, just by sharing your salary when you're able to and you're comfortable doing so. It's a small act, but it could change the entire landscape — ensuring that, one day, equal work truly guarantees equal pay.