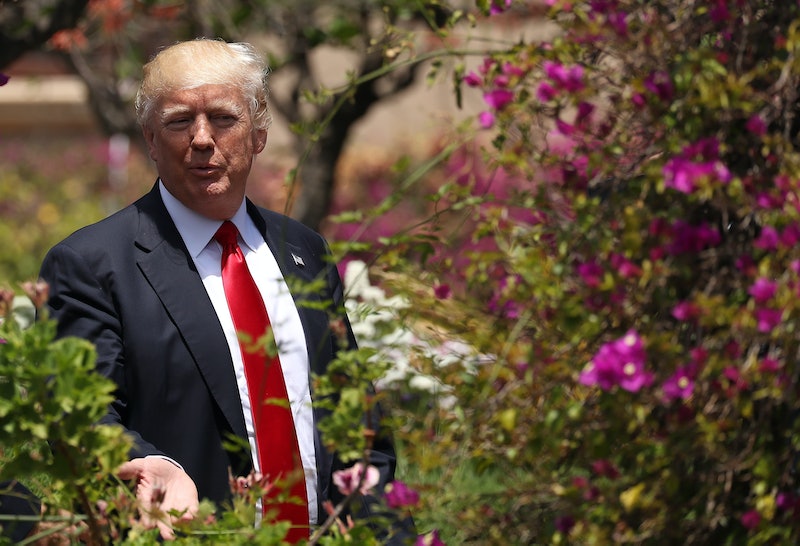 It may have seemed like a small thing to Donald Trump when he pushed the Montenegrin prime minister out of the way so that the focus would be back on him. The prime minister certainly acted like it wasn't a big deal. But that little shove was physical evidence of how Trump's narcissism puts the country at risk — and he doesn't endanger Americans only when he represents them at NATO summits. This man is America's highest ranking public servant, a man bidden to serve the American people in the most important, sensitive situations. And yet, time and time again, the nation witnesses evidence that Trump cares only about himself.

There's a fundamental principle of true and lasting success that it seems Trump has never understood, either in his business empire or now, in government. In order to get what you want, you can't just be acting for yourself. Acting responsibly for the benefit of society also benefits you. Trump and the people surrounding him in the viper pit that the White House has become have spent the first several months attempting to enact policy in the United States and abroad that pays no mind to enriching society. Instead, I think it aims mostly to make Trump and people like himself richer.

I would argue, though, that Trump himself isn't actually concerned with the policies that the people around him put forth. He doesn't have any ideology to speak of; he merely says the things that will get him the loudest favorable response and keep him in the spotlight. He responds well to flattery and poorly to criticism. What do his more recent rallies accomplish? Nothing, in terms of actually getting anything done. The rallies just stroke his ego and allow him to enjoy himself, while other people try to push through their reprehensible policies.

When it comes to domestic policy, this narcissism will likely direct Trump to go along with anyone willing to compliment him and ignore his disrespect for the laws and norms that govern the country. When it comes to foreign policy, things get dicier. Over and over, Trump has praised foreign dictators while at the same time sending confusing and damaging messages to America's greatest allies. After all, the dictators rule their countries like Trump could once rule his business — as a chief executive who doesn't need those annoying democratic mechanisms holding him back. Trump's actions as president don't exist in a vacuum; Trump's support of these dictators strengthens them, and it changes the way that America's allies must perceive America.

America's allies in Europe already see that Trump isn't looking out for their benefit, for the benefit of society, or for the betterment of the United States. The European leaders and allies abroad are not novices in this game of governing or foreign policy, and they can see that Trump is aligning himself with the wrong side. But what can they do? They play by the rules that Trump ignores. They can't sidestep him to invite someone else to the G7 summit. Trump is effectively America's mouthpiece in the world — and he's only using it to speak for himself.

It was fortunate that Trump chose to shove the Montenegrin prime minister instead of someone who might have been more easily offended. If he continues to throw his weight around like that in the realm of photo-ops and foreign policy decisions, it's likely that he'll soon run into someone who isn't quite so forgiving.